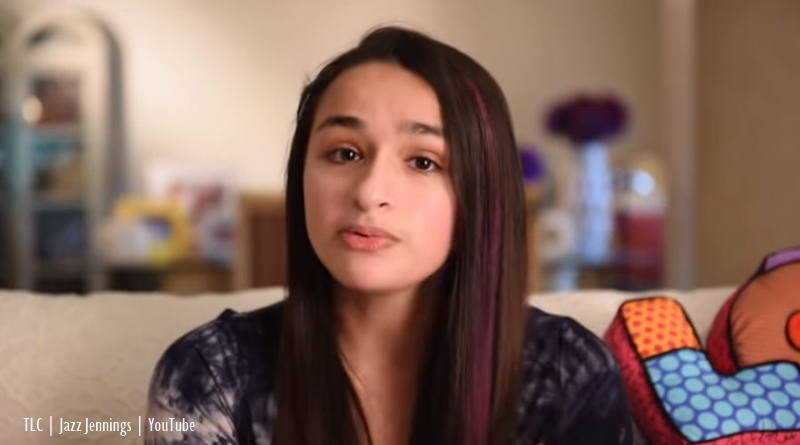 I Am Jazz Season 5 premieres January 1, 2019, and spoilers show Jazz gets her sex change. In a preview snippet by TLC, she also admitted she would be cool with a lesbian relationship. Some followers of the show might find that paradoxical. Starting life out as a boy, then turning into a girl hardly gels with considering other girls attractive. Nevertheless, fans who watched the preview about the prom night on Twitter feel all young people wonder about their sexuality.

‘I Am Jazz’ trailers and previews bring spoilers

Trailers and previews for I Am Jazz brought spoilers already. In the December 30 preview snippet, TLC showed Jazz and her friends getting ready for the prom. Her mom said she really hopes her daughter finds someone special at the prom. In fact, she explains how excited she feels because of Jazz’s excitement.

Further in, Jazz explains how it’s the night of the prom and everyone’s getting ready. The friends got down to doing makeup. While discussing the night ahead, the conversation turns to how other people view their sexuality.

Jazz Jennings could see herself in a lesbian relationship

The discussion arose after some talk about whether to accept a dance offer or not. Jazz said that when she says she’s transsexual but interested in dating girls, people get in her face, saying she is a guy. Talking about respect and the fact that a transexual girl could want to date a girl, she felt she could see herself in a relationship with one.

“I can envision that one thousand percent,” she said of a lesbian relationship. Nevertheless, she did clarify that right now, she wants “a relationship with a guy.”  Fans discussed that right now she wants a guy, but sexuality is there for exploring. Perhaps Jazz may change her mind later on.

Will @JazzJennings__ meet a special someone at the prom? Find out on the season premiere of #IAmJazz Tuesday, January 1st at 10/9c!

Sex change for Jazz in Season 5

Season 5 brings more than proms and young people exploring their sexuality. In fact, we find out that Jazz had her sex change. In August Jazz posted a preview on her YouTube channel, saying that Season 5 of I Am Jazz finally brings her gender confirmation surgery. That’s a huge step for an 18-year-old. However, she seems really excited about it. In the preview, Jazz confirmed that shes “doing super-well” and she wants to share her journey with TLC fans.

Other spoilers indicate that surgeons encounter a few problems giving Jazz a new bottom half, (genital construction). Plus, a new guy enters her life.

Are you excited about the new season? Do you think going through a sex change but being able to envision a lesbian relationship is contradictory? Remember to follow TV Shows Ace for spoilers and news about I Am Jazz Season 5. The show premieres on TLC on Tuesday, January 1st at 10/9c.