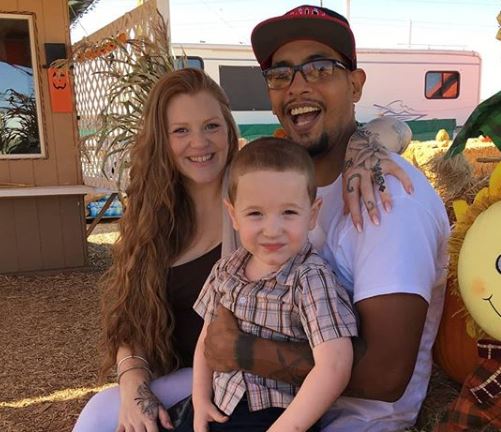 Love After Lockup spoilers are out. If you want to know how Marcelino and Brittany are doing the spoilers are here. She has a four-year-old son at home and from the pictures, she is sharing it looks like he gets along with Marcelino well. Brittany does have an Instagram where she shares posts of them.

The first big clue is that just recently Brittany posted a photo of herself with Marcelino. The two look very happy together in the photo. There is no reason to think they have split unless she is teasing the fans with an old picture. It looks like things are going great for this couple.

Starcasm was able to get a few spoilers about this Love After Lockup couple as well. They have figured out that this couple is still together as well. It also looks like they tied the knot. They got married back in August, but there was no record online for it. Then there is now a record online that they got married on December 27, 2018. The first one might have been just a ceremony. Maybe there is more to this story and the wedding couldn’t be legal at first for some reason. Regardless, Brittany and Marcelino from Love After Lockup are now married to each other.

There are also rumors flying that she could be expecting a baby. There is a registry online that looks like it could be for the Love After Lockup couple. They aren’t confirming a pregnancy yet, so it is all up in the air if it is true or not. Fans will just have to wait and see if Brittany ends up announcing a pregnancy. This is the type of thing that could be announced at the end of the season.

Are you surprised to hear that Marcelino and Brittany are still together? Let us know in the comments below, and don’t miss new episodes of Love After Lockup on Friday nights on WEtv. Things in this season are really going to heat up now that everyone is getting released from prison.