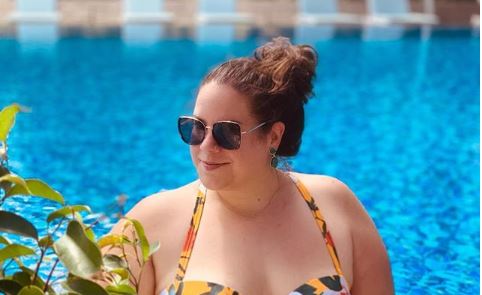 A new episode of Catfish recently aired and it showed Lennie Alehat. If you weren’t sure where you know him from, he was on My Big Fat Fabulous Life. Lennie dated Whitney Way Thore on the show. She really thought he was the one she would marry. Thing is they didn’t work out.

Now, Lennie Alehat was seen on an episode of Catfish. It actually looked like he was catfishing a girl, but it turned out that she really was talking to Lennie. They looked up his Facebook and Instagram on the show. They belonged to the same guy she was talking to so there was no reason to think the girl on Catfish was being lied to. After this episode aired, Whitney Way Thore had to defend him. She went to her Instagram to share her thoughts. Even though they didn’t work out, she has nothing bad to say about him.

Whitney needs to get a chance to watch the entire episode. It sounds like these two still get along great, which is important. If she has found a new man, then Whitney Way Thore hasn’t shared the news just yet. Regardless, Lennie is still her friend and she is standing up for him. It does sound like she could find a new kind of love in this upcoming season.

Whitney Way Thore is coming back with another season of My Big Fat Fabulous Life in January on TLC.