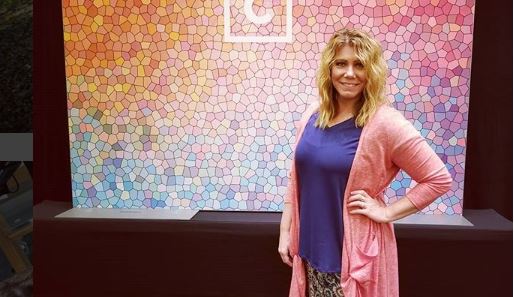 Sister Wives fans know that LuLaRoe is important to Meri Brown. She sells this clothing line in her online Facebook group. Meri has even got a few of the girls helping her with the business. Now, fans are speculating if she will quit. Meri has a huge following because of the show that has helped her.

If you know anyone who sells LuLaRoe, then they are probably quitting it. A lot of people have given up on this business over the last few months. When LLR started, it was a huge fad and everyone wanted it. People are slowly starting to buy less, but Meri Brown is still having online parties and seems to be doing well.

Business Insider shared about a recent lawsuit that could help convince Meri Brown to quit this business. On Friday a judge denied a LuLaRoe supplier’s request to seize nearly $34 million in assets from the multi-level marketing company. They are saying that it has been seven months since LLR has paid their bills.

Such a fun week I've had on my half cross country road trip, landing in beautiful Chicago to spend the weekend with @mariahbrwn and @lularoeaudreykriss ? I love this city, and while I hate that the girls (said with all the love in the world ?) now live so far away, I'm excited to have an excuse to come here often, after the winter because I'm not sure I would want to brave the cold here! 🙂 #LivingMyWhy #BecauseICan #LoveWhatIDo #LuLaRoeRetailer #LuLaRoeForLife #LuLaRoeIrma #LuLaRoeShirley #Chicago

For now, Meri Brown seems to be sticking it out with LLR. The thing is they charge people who sell these products a lot of money. Then they turn around and sell them for their own profit. If the company is going to end up having a lot of financial issues, it might be smart to get out before it is too late.

They are even launching a new denim line. It will be interesting to see how it all goes down in the long run. Meri Brown may decide to leave or end up sticking it out. For now, Meri isn’t saying a word about maybe pulling out.

Do you think that Meri Brown will end up quitting LuLaRoe or do you think she will stick with it? Let us know in the comments and don’t miss new episodes of Sister Wives when it returns to TLC in 2019.