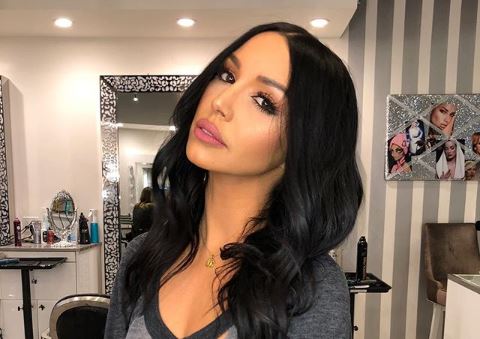 Vanderpump Rules star Scheana Marie Shay is single, yet again. Viewers knew about her previous marriage with Mike Shay and her latest relationship with Rob Valletta. Her last relationship didn’t last long when he dumped her and she began the seventh season of Vanderpump Rules single and ready to mingle, again. All of her co-stars have an opinion on Scheana’s dating life, but one isn’t afraid to voice his.

Jax went on to say. “I feel bad because these guys I feel like are not in it for the right reasons and she just wants to settle down, she’ll just take whatever … and it’s sad to see, because you want to see her be happy, but she keeps finding the wrong guys. I mean, you’re not going to find the right one from the cast of The Bachelor. You’re not. I mean, I don’t know how many she’s going to have to run through to figure it out.” Scheana Marie had been previously linked to The Bachelorette’s Robby Hayes. They tried to say they were only good friends, but nobody bought it. Fans surprisingly agree with Scheana’s co-star, Jax.

What a day… so blessed to have such a great team. @lorikpublicrelations @jaredlips @revel9 @hairbybradleyleake @phinneauscharmington . You guys make everything so easy. Thanks for everything you do. ? jacket: @mackage #pressday #pumprules

Scheana is off to find a new man

Fans don’t agree with the reality show stars dating decisions, but Scheana Marie is one to not care what people think.  Maybe she should take a few words of advice from the engaged co-star. Viewers are also very curious to hear the other Vanderpump Rules stars opinions, maybe even Lisa Vanderpumps? Fans know that Lisa gives some of the best advice, so maybe she should put her input in on her employees love life.

What new guy does Scheana find for this season, or does she find a guy at all? Do former Bachelor contestant and Scheana become more than friends? What drama will unfold this season? Speaking of love lives, how does James Kennedy and his girlfriend work out hearing that he has cheated on her with both males and females? Find out on this season of Vanderpump Rules! Episodes air every Monday night on Bravo.