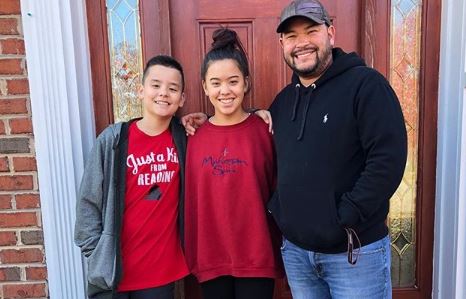 Jon Gosselin was just able to get full custody of his son Collin Gosselin. The Kate Plus 8 star has been living in a home that would assist him with his anger issues. Kate Gosselin was the one who placed him there, but she never elaborated on the details. At first, Jon was really upset because he didn’t even know what was going on with his son.

Us Weekly got the exclusive on this story and shared about what went down at court today. It turns out that Kate Gosselin didn’t show up and neither did her lawyer. Of course, she knew when the court date was so it was odd that she wasn’t there. A source explained what happened at court saying, “Jon won sole physical and sole legal custody of Collin. All other matters were moved to a future court date.” It turns out that Kate Gosselin had asked for the court to be postponed, but her request was not approved.

Jon Gosselin has been sharing a lot of posts recently with Collin. He seems to be spending a lot of time with him. It makes total sense that he would want custody. There is no word yet on if Collin will end up living with his dad Jon Gosselin or staying in the home. Regardless, it is obvious that Jon will be involved in his life because he is fighting to be.

Kate has fewer kids at home

Kate has shared several photos on her social networks where fans get upset that Collin is missing. A perfect example is the first day of school pic posted below. People gave her a hard time because Collin wasn’t there.

Their daughter Hannah Gosselin has already been living with Jon for a while now. Kate hasn’t addressed what happened or why the decision was made for her to move in with her dad.

Are you surprised to hear that Jon Gosselin was able to get custody of Collin? Let us know in the comments section below. You also want to miss Kate Gosselin’s new dating show when it airs hopefully in 2019.

Heartbroken Savannah Chrisley Raises Awareness: #JusticeForGabbyPetito
Disney+ Day Is November 12, All The Good Stuff You Need To Know
Netflix ‘Another Life’ Season 2: Release Date, Trailer, What We Know
Chase Chrisley Wants To Move To The Bahamas: Would Todd Allow It?
‘LPBW’: Pregnant Isabel Roloff SLAMMED For Being A Hypocrite