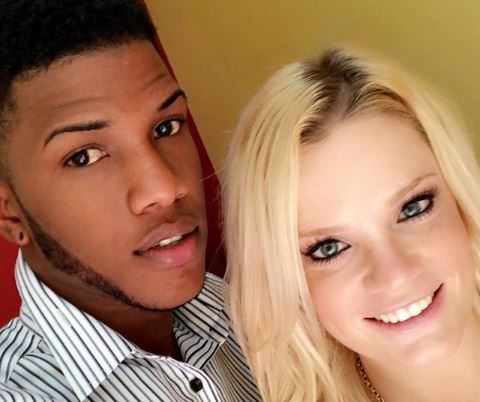 90 Day Fiance star Ashley Martson was able to find out some pretty interesting information. On last week’s episode fans saw that someone had been leaving her racist comments about Jay Smith. The couple was doing well, but these were still hard for her to read. They were on their wedding website, which is supposed to be something the couple is happy to look at and read comments on.

Who made these comments?

Reality TV World shared that Ashley a Q&A on her Instagram and shared this information. There were a ton of comments posted making racist comments about Jay. It turns out that this was someone from her past that posted it.

Ashley Martson actually got asked by a fan if they figured out who left the messages. Even though they didn’t share it on 90 Day Fiance, Ashley did find out who did it. Here is what she had to say about it.

“Yes. Some guy from my highschool that I shot down. He clearly didn’t take rejection well to post on our knot site over 100 times a decade later. Police handled it.”

It is great news that the 90 Day Fiance star got the police involved because they know how to handle this type of situation. The comments got pretty nasty calling Jay things such as the “N” word and a monkey. It was taken too far because it even brought Jay to tears.

How are Jay and Ashley now?

Of course, 90 Day Fiance is trying to keep the spoilers from getting out about this season of the show. Ashley actually shared a photo that was when Jay got his Visa. That proves that things do last longer than the show. So far, it would be shocking if Ashley Martson and Jay Smith didn’t end up making it. They seem like a very happy couple.

Are you shocked that Ashley Martson was able to figure out who was leaving her these kinds of messages? Let us know in the comments and don’t miss the new episodes of 90 Day Fiance on Sunday nights on TLC.