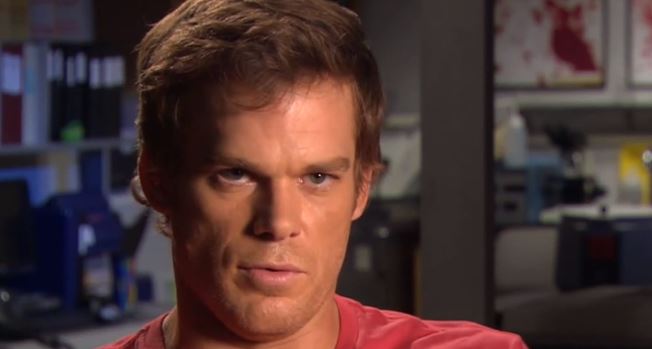 Dexter has been gone from Showtime for a while now, but fans are still hopeful it will come back. Michael C. Hall played this beloved character. Dexter was known for being a killer, but he only murdered people that he felt like deserved it. This show ran from 2006 to 2013. Five years later the fans still want more.

TV Guide shared that Michael C. Hall is admitting he wants the show to come back. Hall talked to Variety and revealed he is totally into the idea of the show coming back. Here is what he had to say about it, but don’t get too excited yet.

“People on the street are always telling me about the talk of a Dexter reboot. There’ve been little percolations, but nothing that’s felt worth pursuing.”

He did also say he doesn’t “have any immediate, definitive plans to do any of that.” That makes it sound like nothing has been started. If they wanted to Michael would be for it. Just having him in is enough to get people to start bugging Showtime about this option because everyone loves a reboot right now.

Could this really happen?

It is possible that a Dexter return could happen. For years, it didn’t sound like it was possible. Now that Michael C. Hall is saying he is all in and they are bringing back so many old shows it could be the time. This is one show that you know the fans would return to watch. The way that Dexter ended left it open for him to return. Nobody knows where he ended up or what he is doing now.

Some shows are better left alone. The thing with Dexter is that fans were not happy with the way it came to an end. A lot of viewers expected a climatic ending for Michael C. Hall’s character. Instead, he just left without having to head off to jail or die a crazy death like the people he murdered on the show.

Would you like to see a Dexter return? You never know what will happen! Let us know in the comments section below.