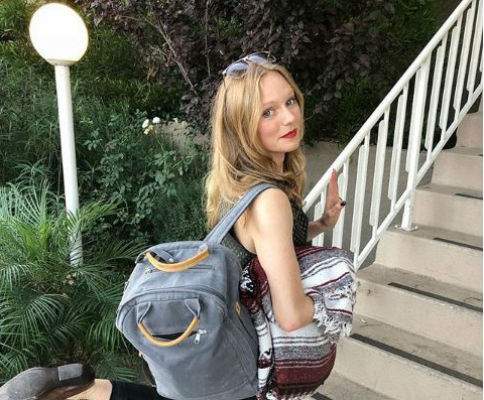 Days of Our Lives star Marci Miller’s last day on the show has been revealed. The fact that she is leaving is going to change things up as the role is taken over by Kate Mansi again. This switch-up surprised a lot of DOOL fans, but that is what they decided to do. It should be an easy transition seeing Kate has played this role before.

Abigail Deveraux DiMera’s role was played by Kate Mansi and then Marci Miller took over. Now, they are going back to the original actress. Marci has been playing Abigail on DOOL since November 10, 2016. She is actually leaving almost exactly two years later.

Around the week of November 19, 2018, Marci Miller will move on from DOOL and then Kate Mansi will return as Abigail Deveraux DiMera. Spoilers recently revealed that this character was going to give birth to a baby girl that she would decide to name Charlotte. Chad Dimera (Billy Flynn) is the father, which is a huge shocker to him. He originally thought he was the child’s uncle.

When does this change take place?

The week of November 26, 2018, is when Kate Mansi will come back to the show again. That means without a doubt that Marci Miller will be gone by then. Days of Our Lives will probably just make the transition and not say a word. The viewers already know that this change is coming and have known for a while now.

It sounds like Marci Miller is just ready to start new projects. Being on a soap opera like Days Of Our Lives is very time-consuming. It makes it hard to have time to film anything else. Luckily, when Marci wanted to move on Kate was ready to come back to the role again. They have been commenting on each other’s Instagram posts, so it looks like the two can ask each other questions if they come up.

Are you sad to see Marci Miller leaving Days of Our Lives? Let us know in the comments below, and don’t miss the new episodes of DOOL when they air weekdays on NBC.