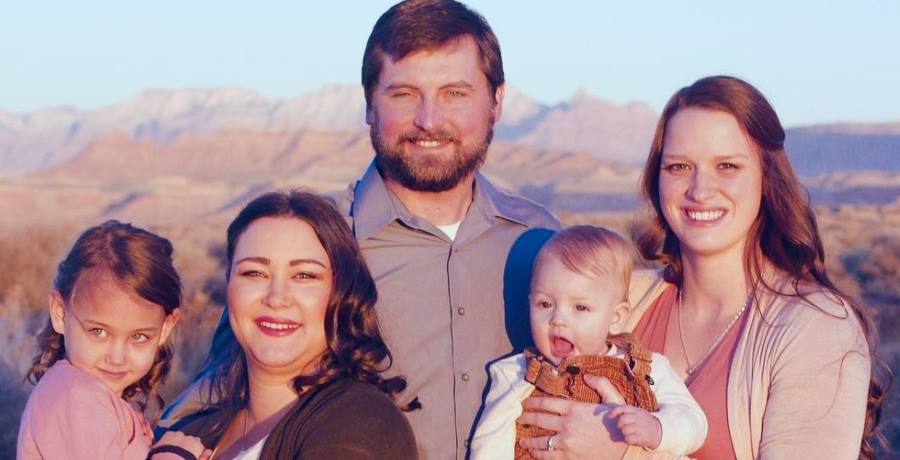 It’s been a few weeks since the Winders welcomed the latest addition to their family. Now, the Seeking Sister Wife fan favorites are getting around to thanking all who sent well wishes. In an Instagram post on their family page, Colton, Tami, and Sophie took the time to share photos and express gratitude.

How Far The Seeking Sister Wife Family Has Come

When viewers first met the Winders in Season 2, they were not super fans of Colton. He did not have much of a personality, something he has later copped to. Tami was his first wife and they had a daughter, Sadie while Sophie was his second wife. Though they practiced Mormonism, the family was not open about being in a plural relationship. They were both searching for a third wife while attempting to come out as polygamists.

Sophie had yet to move in with Colton and Tami so she lived in her own home. Colton would rotate and spend time at both homes. Both women were struggling to form a positive relationship which was seen in Season 3. By then, Sophie was pregnant with her first child. Everyone was adjusting to living in one home and truly blending the family. Tami was desperate to have more biological kids but struggled with fertility issues.

Sophie soon welcomed her son, Ephraim as they courted Kimberley from North Carolina. It did not pan out but they had high hopes everything would work out in regards to expanding the family. Over the summer, Sophie announced she was expecting once again. In early November, baby Isabella made her appearance and was greeted with so much love. Now, the Winders are taking time to properly thank everyone.

It has only been a few weeks since Isabella entered this world. However, the Winders want everyone who has supported their growing family to know they appreciate it. They also want to thank those who have been on this ride since the beginning. Included were beautiful photos of the family and their beloved ranch.

Fans immediately responded with positive comments: “How wonderful, congratulations to you all. Such beautiful pictures too thanks for sharing them, that looks like an amazing place to live.” Another added: “Beautiful pictures! Can we just say the sky is like a breath of fresh air!”

They seem extremely happy and are living their best farm lives together as a family of six. No word on whether or not Seeking Sister Wife will return for Season 4. If it does, it is uncertain if the Winders will be a part of it. Until then, follow their journey on Instagram.

Would you want another season or are you over the show? Let us know in the comments.