The new year is not even here yet, however, there appears to be someone from Katie Thurston’s season of The Bachelorette talking about BIP. It seems this gentleman perhaps has his eye on looking for love again on the Bachelor in Paradise 2022 season. The summer reality show has not been officially confirmed for next year. However, it remains popular among fans of The Bachelor franchise.

So, who could already be looking towards being on next summer’s season of Bachelor in Paradise? Someone reported to Deuxmoi that they heard a conversation this man was having. It seems someone happened to be having dinner near this person and overheard them talking. They reportedly appeared to be with producers from The Bachelor and they were talking about the 2022 season of Bachelor in Paradise. The man in question was none other than Greg Grippo.

Greg was also rumored to be named the next lead for The Bachelor until it was discovered Clayton Echard would take the 2022 season. However, it was learned afterward that there will actually be two seasons of The Bachelor in 2022. As for the lead for the second season, nobody seems to know yet. But, rumors are already flying it could be single dad and fan-favorite Michael Allio.

Since it is The Bachelor, the lead could change still. Could Greg be possibly getting a chance at the lead? Or, was he really just discussing the upcoming season of Bachelor in Paradise?

Fans know how things ended up with Greg and Katie. They had something special. However, he ruined it when he ultimately walked away from the girl he was falling for. After Katie wouldn’t tell him she loved him, he left. Greg was crucified for his actions which he later admitted could have been handled differently. 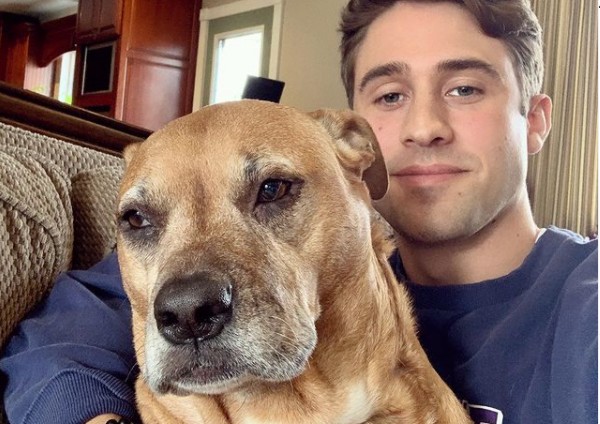 Greg also admits that he was somewhat happy before going on the show. However, he says he was in a dark place for a few weeks following The Bachelorette. Greg and Katie have since cleared things up and moved on from what happened.

He remains good friends with many of the men from his season. He is often seen in their videos and photos on social media.

Do you think it’s true that Greg Grippo could be heading to Bachelor in Paradise 2022? Do you think fans still want to see him on television?