Former Bachelorette Hannah Brown has been doing interviews because her new book launches this coming week. In the book, God Bless This Mess, Hannah opens up about her journey on the show and what transpired afterward. Some shocking news came during her interviews this week. One piece of information she shared is that she hooked up with Peter Weber while his season was still airing. Now, Tyler Cameron reacts to their hookup. Keep reading to find out what he had to say.

US Weekly shared what Tyler Cameron had to say about Hannah Brown and Peter Weber hooking up. Fans had hoped to see a relationship develop between Tyler and Hannah after she broke up with Jed Wyatt. They even reconnected several months later when Tyler’s mom unexpectedly passed away. Then, the pandemic happened and she stayed with Tyler and his friends for several weeks.

It’s come out now that nothing romantic happened between them during their quarantine days. In fact, Hannah basically said that Tyler rejected her.

Now, Hannah has also admitted that she and Peter hooked up after an engagement party for Dylan Barbour and Hannah Godwin in February 2020. So, what does Tyler think about the news?

Tyler actually admits he knew about the hookup. He also says he’s not nervous about anything that may come from Hannah’s new book. He said he will probably pick up a copy and read it. Tyler wishes Hannah the best and hopes the book does well.

Tyler confirmed that his last conversation with Hannah occurred more than six months ago. Tyler released his own book back in July in which he too discussed his relationship with Hannah. In fact, he talked about what went down following the After the Final Rose special.

He said he did go to Hannah’s house and stayed the night. However, he said they did not sleep together. He also said they were not boyfriend and girlfriend. Two days later he was seen with Gigi Hadid. 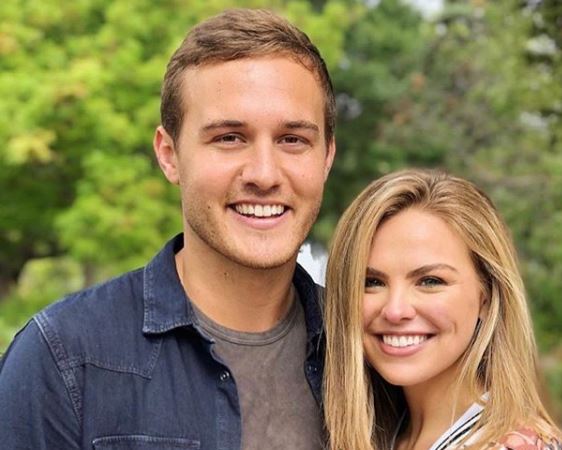 As for if he’s ready to date again after his big breakup this summer. However, he also said he’s not currently dating anyone and he’s not on any dating apps.

So, for now, he’s enjoying single life until he comes across someone special.

What do you think about Tyler already knowing about Peter and Hannah hooking up? Are you going to read her new book?