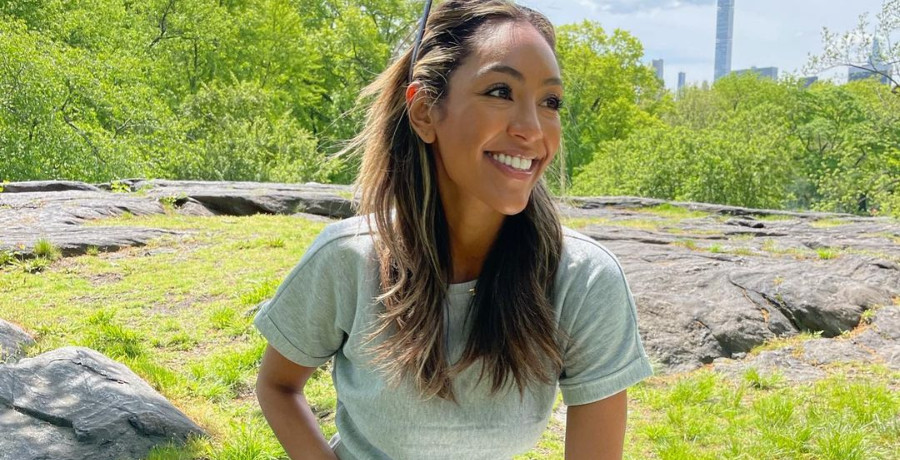 Former Bachelorette Tayshia Adams scared fans on Thursday when she posted from a hospital bed. She looked exhausted. She noted it had been a long day and had been at the hospital since 9:30 am. When Tayshia shared the news she was there it was a little past three in the afternoon. Now, twenty-four hours later, Tayshia is sharing another update with fans.

Tayshia Adams went to Instagram Friday afternoon to share another update with fans. The update comes after sharing a video from the hospital. Her caption read, “Welp, I’ve been here since 9:30 a.m. What a day 🤒.”

Friday she shared a photo of herself at home and said, “Hiii- thank you all so much for your loving messages. I’m home & resting up. Sorry for scaring so many of you. Gonna nap & I’ll follow up with y’all soon! Xo.” She still notably looked tired.

Currently, there are no further details about what happened to Tayshia and why she was in the hospital. Reports yesterday indicated that her trip to the hospital most likely had to do with her marathon recovery.

Tayshia and fiance Zac Clark ran the New York City Marathon this past weekend. They finished shoulder to shoulder and ran the 26.2 miles in under 5 hours.

Tayshia noted she was running the marathon to support World Vision. She noted that training was not what she thought it would be. She said, “I will admit, training for this has been tough and far from what I imagined, but that’s life, right? All excuses aside I’m still proud of myself for showing up when I could.” Tayshia continued, “Whether it would be running bright n early or late at night, right after getting off an 8 hr flight, in the rain, on a hotel treadmill while traveling for work, or after filming all night long! No matter the condition or situation, I was committed to getting it done however or wherever I could, and because of that I can go into Sunday’s race with pride.”

Following the race, Zac Clark gushed about how incredible Tayshia was. He was proud of her and wanted the world to know how truly amazing she is.

Zac was of course running for his recovery foundation. Both Tayshia and Zac have a lot to be proud of.