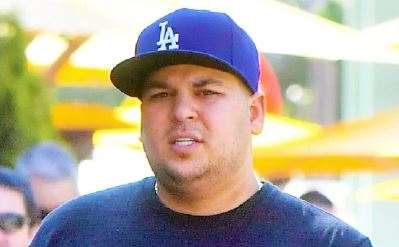 Rob Kardahsian has slid under the radar for several years. He generally doesn’t like to be seen by anyone and tries to keep pictures to a minimum. However, for his little daughter Dream, he has broken that usual rule.

Rob Kardashian poses in a photo

The love Rob Kardashian has for his only daughter Dream must be pretty intense. He posed in a photo for the first time in what feels like forever. The photo is in honor of his daughter’s fifth birthday. The little star had a Barbie-themed party. It looks like the whole Kardashian family showed up to celebrate her.

In the sweet snapshot, he is holding his little girl up on his shoulders. Around them is all of the party decor for what was surely a super fun get-together.

“Barbie party yay 🥰🥰💙💙,” he captions the photo of them together.

Rob’s sisters were quick to jump in and show their support for the daddy-daughter duo.

Overall, it looks like the party was a great hit. Hopefully, Dream had a lot of fun celebrating her birthday!

Rob celebrates Dream more than once

This isn’t actually the only time Rob Kardashian has posted on Instagram as of late. He also made a post just dedicated to his daughter’s birthday, which was yesterday.

With that, he shares several photos of his cute little girl. It’s clear Rob really loves her from how he talks about her on social media.

“Such a special little girl you’re so lucky Bob and she’s so lucky to have you too!” she writes.

She isn’t the only one to leave a note for the sweet girl.

Rob has been offline for so long. It’s really nice to see him starting to get more and more comfortable with himself. Hopefully, fans can expect to see more of the Kardashian brother as his daughter continues to grow up.

Do you like to see pictures of Rob Kardashian? Let us know in the comments below. Come back to TV Shows Ace for more news on all of your favorite former Keeping up with the Kardashians stars.