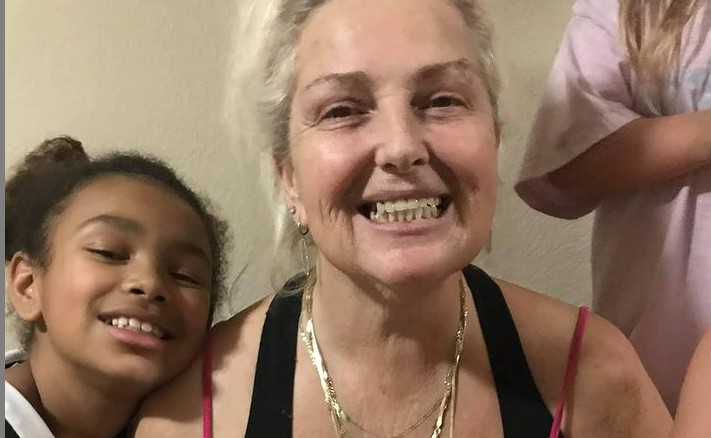 Shocking fans everywhere, 90 Day Fiance: Happily Ever After? co-star Jojo shared that she is no longer friends with Angela Deem. After that, Jojo shared a cryptic message on Instagram. That mysterious message got fans talking.

JoJo posted how she had “stop[ped] talking to some people.” She posted this with no explanation and fans were getting very confused. Fans of the show met Jojo in Season 5 of 90 Day Fiance: Happily Ever After? The scene that stuck with fans the most though was when Jojo flew to Nigeria to be a witness for Angela’s wedding. Why would they suddenly stop being friends after that?

All Was Well At The Wedding

When Angela’s soon-to-be husband, Michael Ilesanmi’s Visa to the United States was not approved, Angela decided to marry him in Nigeria instead. Though after making this impulsive decision, she learned she would need a witness from the United States in order to prove the marriage is legitimate. Angela asked her daughter Skyla to attend, but she was unable to fly out to Nigeria.

Instead, Angela asked her best friend Jojo to come and she agreed. They seemed to be the greatest of friends! What could’ve gone wrong? Even before this Jojo also was there when Angela went through major weight loss surgery.

Jojo was quite upset! She took to Instagram to vent on the subject. She posted an image with the caption “Some people ask me, why do you stop talking to some people without an explanation? Because people know what they’ve done to me.” This was a harsh message and Jojo continued by saying there was no need for an explanation and she shouldn’t have to explain herself to an adult who treated her badly. She goes on to say what’s done is already done. Jojo did not elaborate any further on the reason for her friendship with Angela ending.

Fans of the show were quick to assume that while the post never fully mentioned Angela it was clear who she was referencing. These fans were also quick to defend Jojo. They were saying things like, “Angela seemed like a toxic friend” and “Jojo’s friendship with Angela was an abusive relationship.” Commentors were also proud of Jojo for cutting out Angela and setting boundaries for herself. These fans truly believe that Jojo is better off without her and couldn’t be more supportive on the matter.

While neither star has talked about what happened between them that caused them to end their friendship there’s no sign that the girls will ever get into it. The show itself showed the girls as best friends, there obviously was something behind the scenes causing conflict. While Jojo was there for Angela during her wedding and even after her surgery, something must’ve changed between the two very quickly.

It’s unknown whether Angela will continue to be on the show in the future. Fans may never get the on-screen closure they’re all looking for. Instead, viewers might have to keep up-to-date with the star’s social media for any future updates of their relationship.