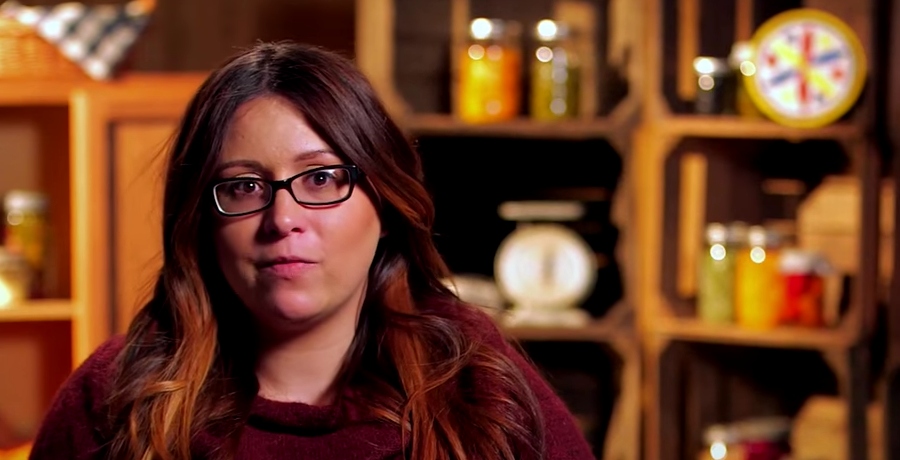 Return To Amish star Sabrina Burkholder gave birth to her fifth child back in September. It has been over a month since her little girl joined the family and it’s been life-changing. Mother to Zekiah and Skylar, Sabrina reflects on how Kalani’s birth has helped her sobriety. She also celebrated the milestone of her newest addition turning a month old. Furthermore, she is promoting a major achievement in her life she is ready to share with the world.

Life has not always been easy for Sabrina. She struggled with drug addiction for several years, even sacrificing her two eldest children in the process. Heroin had a very strong hold on her. Ultimately, it was a near-fatal overdose three years ago that prompted her to change her life. She entered rehab and found the sanctuary she needed. Along with her boyfriend, Jethro Null, the two started their own little family.

They welcomed their son Zekiah, now two. While filming Season 6 of Return To Amish, they celebrated Sabrina’s fourth pregnancy. Unfortunately, COVID restrictions made it very hard for Jethro to initially be by Sabrina’s side. He was welcomed in when she had to have a terrifying emergency cesarean section. Baby girl Skylar, now one was born and brought home shortly after.

Sadly, Sabrina found out that Jethro had not necessarily been faithful and they parted ways. After many ups and downs, the two reunited and quietly welcomed their baby girl, Kalani. Being a mom has given Sabrina a new purpose and helped tremendously with her sobriety. Now, with Kalani over a month old, she is giving a full update on her life and what is new in her life.

It’s been a little over a month since Kalani was born yet Sabrina is proudly displaying her baby girl on social media. On Facebook, she gushed about Kalani’s favorite things. Included are sleeping, eating, watching the Christmas lights on the tree, and listening to worship music with her mama. This is exactly what keeps Sabrina going as she deeply attributes her sobriety to her children, she told People Magazine: “They keep me busy and it keeps me focused. I don’t have time to go out and get into trouble because I’m busy taking care of my children.”

According to Starcasm, fans repeatedly address how different Sabrina looks since the last season of Return To Amish. Has she had work done? To that, Burkholder chose to post some memes explaining sobriety attributed to her glow-up. She also added a reminder she has been pregnant three times in three years. This further contributed to the shifting and changing of her face. However, she does not deny adding a filter here and there.

Finally, Sabrina is extremely excited to announce she has a cookbook available for purchase on her Instagram. Unfortunately, it is not enough to make ends meet. With the show not currently in production, she did post she is looking for a job. She asked what her followers do and why they like it. Hopefully, she can get some leads and continue on this positive road of happiness.

What profession can you see Sabrina in? Let us know in the comments below.