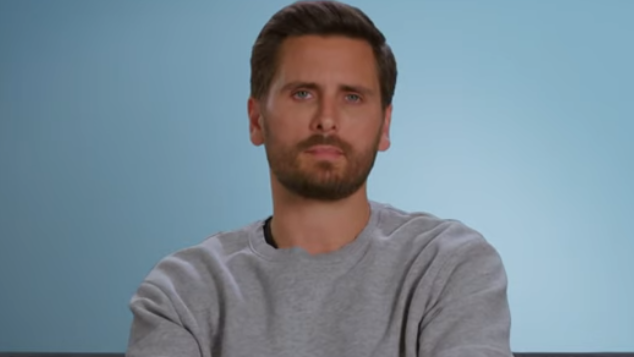 People all over Instagram and Twitter have been talking about or joking about Scott Disick and how he is handling Kourtney Kardashian’s engagement. Now, according to Yahoo! he isn’t handling it well. Scott has always made it clear that Kourtney is the love of his life. Now, that option has been stripped from him. It makes sense that he wouldn’t be doing too well.

The source reveals that Scott “will always care for Kourtney. She is the mother of his children and no one else will compare to that.” Despite all of that, he still will not speak to Kourtney. The source explains that “he will always be a part of the Kardashian family but it is hard for him to be around Kourtney and Travis.”

However, this doesn’t actually come as a surprise to Scott. Apparently he knew it was coming as the Kardashians have talked to him about it before.

All of Twitter was full of love and memes for Scott Disick after the engagement news broke.

Scott himself hasn’t actually posted or said anything to fans about how he is feeling about the whole situation. It seems he likely won’t for a while. Not only is he dealing with this, but he is also dealing with the fact that he is going through a breakup with his ex-girlfriend.

She dumped him after she felt he was still too involved with Kourtney Kardashian. Looks like no one will have to worry about that anymore. However, sadly for Scott, the love of his life is off to someone new.

Hopefully Scott will get some good quality time with this three children as they always seem to bring him a lot of joy.

Are you on team Scott or team Kourtney Kardashian? Let us know in the comments below. Come back to TV Shows Ace for more news on all of your favorite Keeping up with the Kardashians stars.

Christine Brown Admits She’s A Loser But Not How You Think
What Did Jackson Roloff Do That Put Tori In Tears?
Kanye West Thinks God Will Intervene, Bring Kim Kardashian Back To Him
Kylie Jenner Breaks Instagram Silence Post Astroworld Tragedy
Wendy Williams Fans In Uproar Over Leah Remini, Demand Sherri Shepherd Back