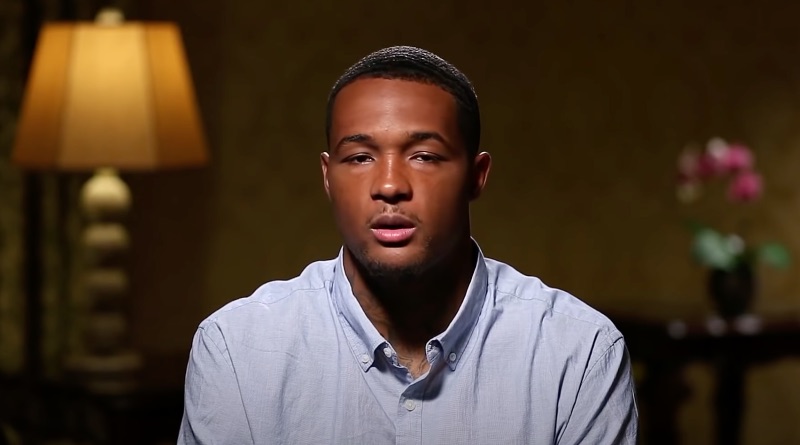 Former Love After Lockup star Maurice Gipson is in trouble once again. After flaunting his new girlfriend, Mandy, he’s got a new addition to his record to show off. So, what did he do this time to land himself in hot water with a twenty thousand dollar bond? Both Starcasm and According to Amber have the full details.

Viewers first met Maurice when he appeared on Season 3 of the hit WEtv reality series. At the time, he was serving a seven-year sentence for burglary. Luckily, he was able to find a connection with Jessica while he was locked up. She stuck by him through everything and they ended up having a prison wedding. Upon his release, the two began planning their life together. This included a proper Las Vegas wedding and starting a family.

This could not keep Maurice out of trouble. Earlier this year, he was arrested for an unknown felony. He has a list following this.

Additionally, he is apparently expecting a baby with his new girlfriend, Mandy. They have been documenting their love on social media. This could have been a precursor to his downfall once Jessica was no longer in the picture. So, what was his latest crime?

According to Starcasm, Maurice was arrested for shoplifting. His bail was set at 20k and he was released an hour later. Keep in mind, the Love After Lockup star did spend a few months behind bars earlier this year. No word on who posted the bail but According to Amber also reported on his arrest. She points out that it does not matter if he is with Jessica or Mandy, he can’t seem to stay out of trouble.

Her followers had a lot to say on the matter. “When he was with Jessica people were rooting for them. He’s such a disappointment,” commented one follower. Another chimed in with this: “Not surprised in the least bit. More surprised that someone put $20K on the line for him. If he doesn’t show up for court, that person is on the hook for $20K.”

He will return to court in December and no word on how his previous track record will play a factor, if at all. Maurice just needs to stay out of trouble until then.

Are you at all shocked he is back in trouble? Do you think Mandy is good or bad for him? Let us know in the comments below.