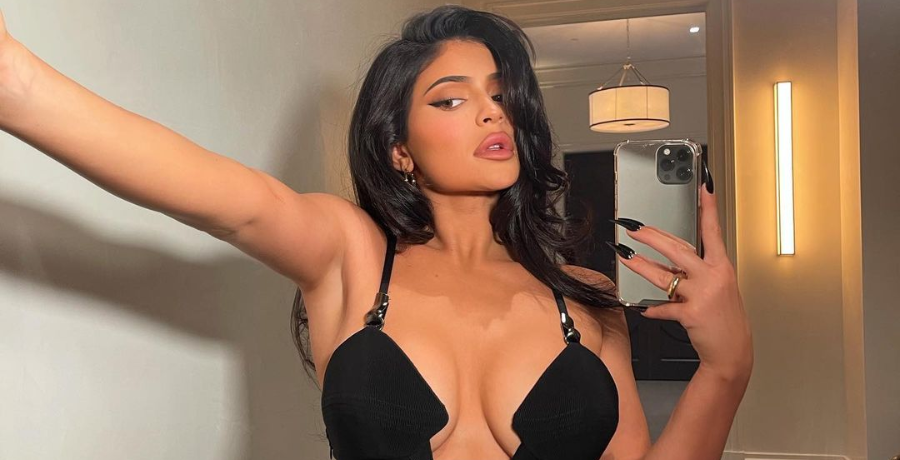 Kylie Jenner has had a lot of launches going on lately. Some seem to go well…and others not quite so. Now, she’s trying to show off just how well her Kylie Baby launch went. Could this be to make people forget about her terrible Kylie Swim launch? Fans are calling her out.

Kylie Jenner has shared a new post on her Instagram in honor of her baby care line, Kylie Baby. The post is in honor of all of the good reviews her new line has gotten.

“it makes me sooo happy to see everyone loving @kyliebaby! we are restocked on the site right now on KylieBaby.com! p.s. i am also guilty of using the baby conditioner sometimes ☺️☺️☺️,” Kylie shares in the caption of the post.

All of the photos are photo graphics with quotes on them.

However, despite all this positive news, fans are raging in the comments section asking for her to do the same thing for Kylie Swim.

Yikes Kylie! Seems like your fans may just be less than impressed.

So, what happened with the swimsuits?

In addition to her Kylie Baby and recent Kylie Cosmetics launch, Kylie recently launched some swimsuits. In theory, they were super cute. They had a higher price point at around $80. So, fans expected quality from Kylie. Plus, in the past, Kylie usually has launched some pretty good products. Her makeup line is actually so great, it seems like fans could get the same quality from clothing.

However, this is not at all the case. The swimsuits got horrid reviews from Tiktok buyers.

it's so funny to me how all the Kylie swim products have the worst reviews but the PR products are completely different quality and they're just not acknowledging it and carrying on as if nothing is wrong pic.twitter.com/JzU90v25g3

So, it does seem like she is really pushing the reviews for Kylie Baby to show just what a great product it is. Is this a cover-up? After all, why isn’t she addressing the fact that her swimsuits were so bad? Maybe Kylie Baby was the perfect distraction.

No matter what is going on, Kylie is definitely not getting away from this one. It looks like fans are going to make her come clean.

Have you bought any of Kylie Jenner’s new products? Let us know in the comments below. Come back to TV Shows Ace for more news on all of your favorite former Keeping up with the Kardashians stars.