It is possible Ariana Grande has bitten off more than she can chew with her new job as a voice coach on NBC’s television show, The Voice. On the latest episode of The Voice, Ariana Grande was in an extremely difficult situation. She was forced to choose between two contestants, Katie Rae and Bella DeNapoli as to who would be able to stay on her team and who would have to go home. It was a stressful event for the “7 Rings” singer. She didn’t want to choose just one and leave the other person behind. Poor Ariana! She got quite emotional when having to make this decision.

Ariana Grande Is In Therapy

The “Thank U, Next” singer really didn’t want to choose between the two competing singers. While being forced to make this tough decision, she was saying things along the lines of “I adore you both so much” and “you’re both so consistently phenomenal.” She didn’t want to hurt either one of the show’s contestants. It was a heartwarming exchange of words as Ariana pondered over the almost impossible to make a decision. Despite that, it was a decision that had to be made on the show. Eventually, Ariana chose to save Katie Rae but that wasn’t all! Right before Bella DeNapoli walked off the stage, Ariana Grande quickly pressed her buzzer and elected to save her as well. DeNapoli will also be coming back for next week’s episode. So while the choice was tough Ariana eventually was able to come to a conclusion she was happy with.

This decision from the newest The Voice coach landed the young singer in therapy. Ariana admitted to being in therapy. The distraught singer was reported to have said, “Oh, God. I hate this so much. I literally talked to my therapist about this.” If such a decision can cause her such emotional turmoil, is being a coach on The Voice a good option for the soft-hearted singer? 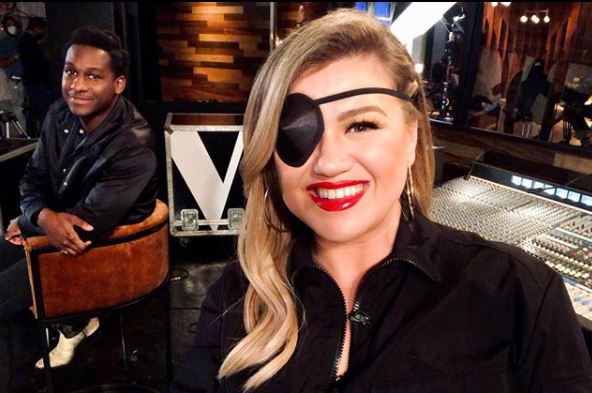 It was a wild ride! Many fans were touched to see Ariana Grande struggle to pick between the two contestants. Fans of the show might be thinking she cares more about the people than she does about winning. The “Dangerous Woman” singer is actually quite the sweetheart. The fans are very happy that she decided to be a coach on The Voice this season. With all the stress the show is putting her through, will she be coming back? Fans can only hope she will return for future seasons.

Let us know what you think. Is this the right job for Ariana Grande? Are you concerned about her emotional and mental health? Is she overly concerned about the feelings of the contestants? Could her actions lead to someone other than the best singer winning The Voice? Sound off in the comments.