General Hospital spoilers for October 11-15, 2021, reveal Carly and Sonny Corinthos having a harder time getting their old lives back than they expected. Way too much seemed to happen to both of them during the nine months Sonny was away.

Sonny (Maurice Benard) is definitely acting like a different person since returning from Nixon Falls and Carly (Laura Wright) doesn’t quite know what to make of it. She also doesn’t know what to do with her feelings for Jason Morgan (Steve Burton) and proves that when she gets into a ruckus with Britt Westbourne (Kelly Thiebaud). She also goes after Nina Reeves (Cynthia Watros) again and Jason is the one who has to stop her from doing something she might regret.

Meanwhile, Sonny manages to call a truce with Jasper Jacks (Ingo Rademacher), which is definitely not normal for either of these men. When Sonny sees Nina, he also lays down some ground rules with her. Will he take what Phyllis Caulfield (Joyce Guy) said to heart and go easy on Nina? That would certainly be a shock to Carly’s system. When Carly and Sonny later discuss their future, Sonny gets the feeling Carly is hiding something from him and later confronts Jason. Could a rift be forming between these two men?

Back in Port Charles, Ava Jerome (Maura West) gives Nikolas Cassadine (Marcus Coloma) some advice on how to handle Spencer Cassadine (Nicholas Chavez). He doesn’t expect Esme Prince (Avery Pohl) to stop by and make a plea on Spencer’s behalf. However, Spencer gets more understanding from Trina Robinson (Sydney Mikayla) than anyone else, even if Portia Robinson (Brook Kerr) wants her daughter to stay away from Spencer. 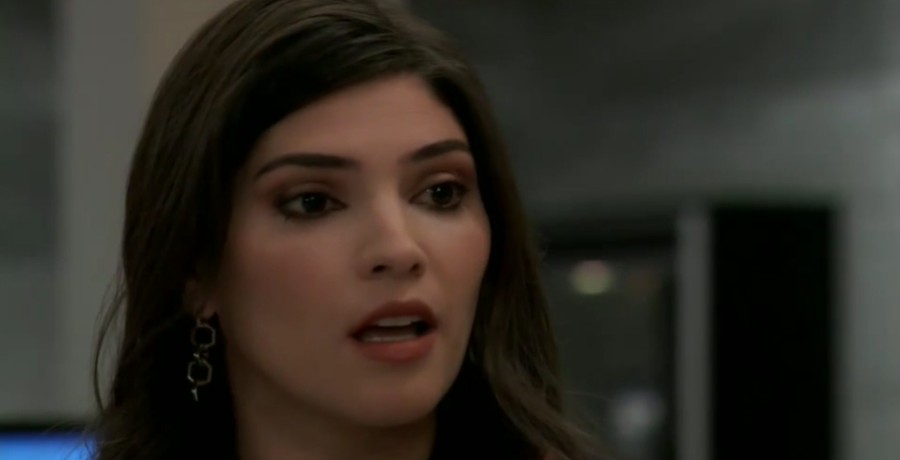 Now that Austin Holt (Roger Howarth) managed to make Maxie Jones (Kirsten Storms) realize that Brook Lynn Quartermaine (Amanda Setton) is indeed her friend, he doesn’t realize when Brook is playing him and gets him to admit he thinks Leo has autism. Brook knows him telling her this is a HIPAA law voliation so she tells Olivia Quartermaine (Lisa LoCicero) they finally have something on Austin to make him back off fighting for his shares of ELQ. Olivia is actually furious about this as she thinks Brook cares more about the company than she does about Leo’s well being.