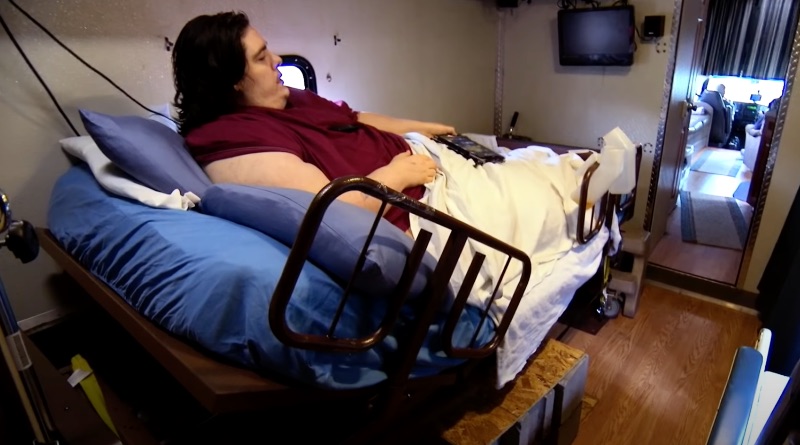 My 600-lb Life is a documentary series on severely obese individuals that wish to make a change in their life. In most cases, those who participate hope to get approved for gastric bypass surgery. This is where a smaller section of the stomach is available to process food. The result is the candidate feeling full quicker with less food intake. The show chronicles different individuals and follows them through the process. Some fail and some succeed.

Dr. Younan Nowzardan is a general surgeon out of Houston, Texas and he is known for helping extremely obese patients lose weight. He is also the consulting physician on the TLC show. He delivers a “tell it like it is” attitude and cuts no slack with anyone. In other words, either you do what he tells you or you don’t get the surgery.

In all of Dr. Nowzardan’s cases, there is one common treatment plan. He always recommends diet and exercise. For most, this represents a hard responsibility. Most of the patients have developed and maintained poor eating habits with the help of a partner. For example, one woman was used to her partner constantly feeding her fast food. However, Some patients have no problem with the change and may stumble once, but they move on to success. While the rest have issues with adapting to a new way of life. Steven Assanti embodies the troubled 600-lb. Life group.

Although he lost over 100 pounds on the show, it was not easy. The man threw tantrums and exploded onset when he didn’t get his way. His wife came to his defense stating that the show painted him in a totally different light. So how did Steven Assanti end up on My 600-lb Life? Let’s look into that one shall we.

Let There Be Pizza

Prior to the TLC show, Steven Assanti tried to lose weight before. Steven, who lived in Rhode Island at the time, stayed at a hospital for 3 months. During that time, he weighed close to 800 pounds. During the hospital stay, he lost 20 pounds in 3 months. The problem with that was that the man would reward the weight loss with a pizza. This turned out to be a no-no and a breach of the hospital diet regulations. Kicked out of the program, Steven would catch the eye of another company.

Megalomedia, which is the company behind My 600-lb Life got wind of Steven’s pizza gig and contacted him. After that. he agreed to join the program and now he is in our lives forever as the tantrum guy from that TLC show. Steven doesn’t dabble in social media, but we all hope he’s doing well and maintaining a healthy lifestyle. It’s not easy adapting to a new way of life and it definitely isn’t easy taking on Dr. Nowzardan. However, he wants the best for his clients and it is evident every time he has a consult.