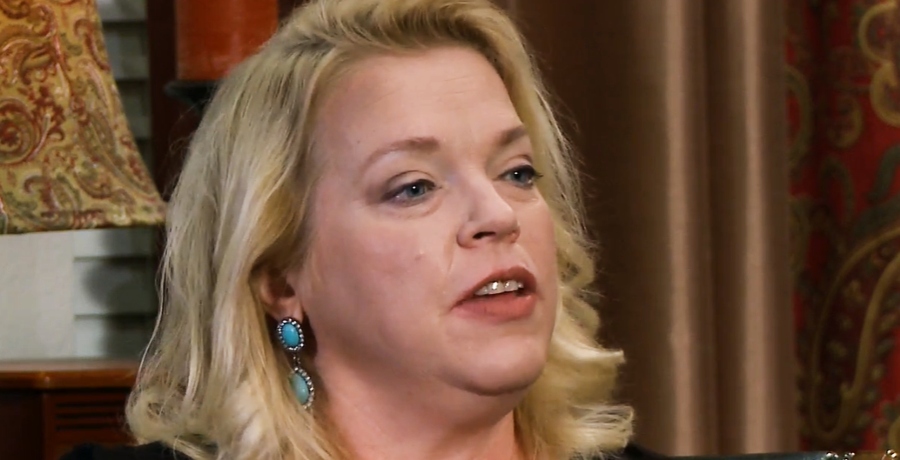 In a recent Facebook post, Sister Wives star Janelle Brown proves that she doesn’t need Kody. As fans know, Janelle has been living in an RV at the Coyote Pass property since her rental home was sold. Since then, she’s been sharing how life is different for her. Keep reading to find out how the TLC star proves she doesn’t need Kody Brown.

Janelle Brown’s recent Facebook post gives some insight into what living at Coyote Pass in an RV is like for her. The photos show two very large water tanks. In the caption, Janelle explains what’s going on. Kody Brown’s second wife shares that she’s “feeling empowered.” So what caused this? Why doesn’t she need Kody?

Janelle explains why.  Normally, Kody switches the water tanks for her. This is quite the feat because the RV has two 275 gallon water tanks. Unfortunately, when Janelle needed help, Kody wasn’t available. So, the Sister Wives star did it herself.

Janelle Brown even shares her thought process for completing the task. She explain that switching the water tanks was “a little intimidating.” However, the mom of six validates this by explaining that “doing something new always is” intimidating.

Also, it wasn’t as easy as just switching out water tanks. From the sounds of the caption, Janelle had to do some fidgeting with changing the attachments. While she wanted to “chicken out” and “justify waiting for someone to rescue” her, she didn’t. Janelle proclaims, “but in the end I had to persevere!”

In conclusion, Janelle Brown writes, “Mission accomplished and I’m feeling strong!” Janelle’s fans agree. Many of them take to the comment section to give the reality television star praise. Some of the comments are below.

“Awesome job. We always find out what we can do ourselves when it has to get done!”

“Good for you glad you didn’t quit. We are stronger than we give ourselves credit for. keep up the great work.”

“Way to go! I’ve no doubt you can do anything you set your mind to.”

Janelle even responds to a comment. One fan wants to know about the structure supporting the water tanks. Janelle lets her know that it’s just a flatbed trailer.

What do you think about Janelle Brown proving that she doesn’t need Kody? Share your thoughts with us in the comment section below. Make sure to come back to TV Shows Ace for more Sister Wives news.