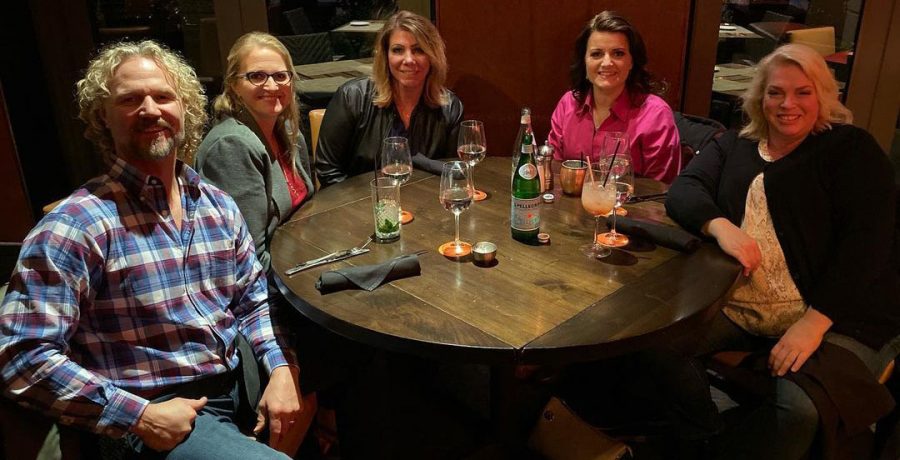 What happens to Kody Brown and his four wives if Sister Wives gets canceled? That’s what fans want to know. Keep reading to find out more.

One suggestion for life for the Browns after Sister Wives

Entertainment Chronicle recently reports on the speculation on the fate of the Browns if their show, Sister Wives gets canceled. The Reddit thread poses an idea for what the wives could do without the TLC show.

The idea is that members of the Brown family could “turn into authors again.” The concept would be that they write tell-all books. Below are some of the ideas.

“Christine and Meri can co-author one on how to hang on to a man that doesn’t want you.” Likely, this is based on the fact that by the end of Season 15, Kody’s third and first wife don’t seem to be too happy in the marriages.

“Janelle can write a book about delusional finances.” Many fans seem to admire Janelle for being the “reasonable one.” However, this title suggests that some fans don’t quite believe it.

“Kody can draw a coloring book about guns.”  Another fan remarks that these drawings would be “subpar.”

“Robyn can write a new NYT best selling book on how to dismantle a family in 3 easy steps.” As fans know things with the Browns seemed to be a lot happier before Robyn. Then, so that Kody could officially adopt her kids from a previous marriage, Meri divorces Kody. Ever since then, fans say that things haven’t been the same. However, it’s worth noting that Robyn has been a part of Sister Wives since the first episode.

While the concepts may have been jokes, some fans are serious about the titles. One fan writes, “I will be slapping my credit card down for a tell-all from Gwen, Truely, and Gabe.” The fan also writes, “Would love to see on from Christine, but I am sure it would totally be sugar-coated.”

The kids could even join in

Interesting that the fan would mention the kids because some of the comments suggest titles for what the Sister Wives kids could write about in their hypothetical books. Some of the fan-suggested titles are below.

“Logan – I Hit The Ground Runnin.”

“Aspyn – Hiding Behind my Smile.”

“Truely – My Loco In the Coco Family.”

“Gwen – Tales From The Scrypt.”

Keep in mind, this is only six suggestions and Kody Brown has 18 kids.

Why are fans thinking ahead for the reality television family

This speculation likely comes from the fact that fans feel like Sister Wives is on the verge of cancelation. One probable answer is the last fans saw in Season 15, two wives weren’t happy in their marriage to Kody Brown.

While the drama between Meri Brown and Kody has been ongoing for years, at the end of Season 15, fans see tensions growing between Christine Brown and Kody. At one point, Meri consoles a very upset Christine that says she doesn’t know if she can “do marriage” with Kody anymore.

Sister Wives Season 16 premieres on November 21 at 10 PM ET. Maybe this season will answer some questions for fans. Are you tuning in?

‘Bringing Up Bates’: Did Kelly Just Admit She Has A Favorite Kid?!
Todd Chrisley’s Dad Passed Away Before Show’s Huge Success
‘Below Deck Med’: The Lexi Wilson Fight Got Out Of Control, Here’s Why
Jennifer Aniston Puts All Her Sexy Hair Styles On Display
Courtney Waldrop Warns Rayne Is Small But Sassy