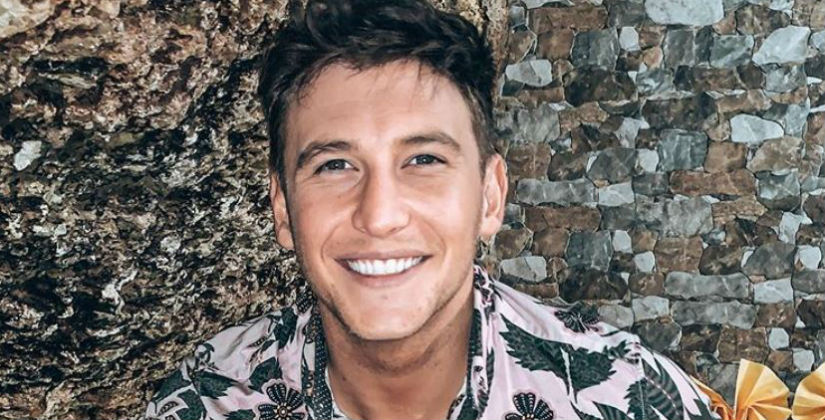 Bachelor in Paradise alum Blake Horstmann knows all about drama on the beach. Plus, he’s good friends with Kendall Long. So, it’s only natural he weighed in on what went down between Kendall and Joe Amabile on the beach. He’s definitely on her side when it comes to the confrontation. See what Blake has to say about it all below.

US Weekly shared all about what Blake Horstmann had to say in regards to what went down between Kendall Long and Joe Amabile. He has been seeing fans slam Kendall and he thinks everyone should be a little more kind. On Tuesday night’s episode, Kendall had a tough conversation with Joe. She told him she never stopped loving him while he said they were over for good. So, Kendall opted to leave BIP.

Blake said, “I think this was [definitely] harder than she thought [it would be].” He continued, “Love sucks sometimes. This is sad.”

He didn’t stop there. Blake reminded fans that Kendall left with a broken heart. He said, “I see Kendall getting a little bit of hate, like, ‘Why are you there,’ blah blah blah.” He went on, “What people don’t understand is just that environment makes everything exponentially more difficult, exponentially more intense. So you might think going down there, ‘I’m alright, I’m alright.’ Then you get down [to the beach] and you see everything happening with Joe and Serena and then it makes it so hard.”

He said fans should respect her decision to leave. Once there she realized it was too hard and bailed.

By the time Kendall Long showed up to Paradise, Joe was already getting serious with Serena Pitt. Joe said previously on September 6, “I have something with Serena that I don’t want to just throw away. I don’t.” He continued, “I like where that’s going. This is messy … I don’t know what to do in this situation.”

As for Joe and Kendall, they are definitely over. When they broke up fans had hoped these two might end up back together. As time passed it became clear it wasn’t going to happen. Now, fans are also loving seeing what Joe and Serena are building.

In the end, Joe and Kendall were never going to work because neither would budge on where they wanted to live.

What do you think about Kendall’s exit? Does Blake have a good point by telling fans to be nice?

Katie Thurston Gets In Twitter Tiff Over Busybody Fans
Josh Duggar Scandal: Who Could Help Pay Up To $500,000 In Fines If He’s Guilty?
Cheryl Burke Admits She’s Struggling With COVID-19 Related After Effects
Spurgeon Seewald Likened To Tom Riddle Of ‘Harry Potter’
GROSS!! ‘LPBW’ Fans Beg Amy Roloff To Get Control Of Her Hair