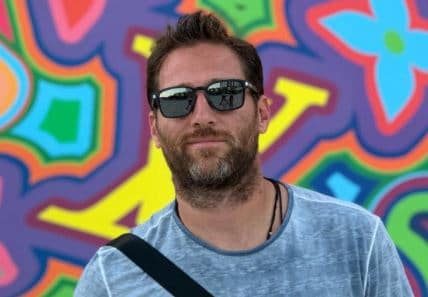 Juan Pablo Galavis’s name came up recently because Clare Crawley became The Bachelorette. She liked to remind people she famously told the Bachelor off towards the end of his season. She said, “I would never want my children having a father like you.” It stemmed from him saying something clearly sexual to her, and she took offense. Especially, when he didn’t choose her in the end. Juan Pablo went with Nikki Ferrell.

While Juan Pablo did get married after the show, it wasn’t to someone he met through the franchise. That relationship didn’t last and that’s why after seven years, he reunited with Nikki Ferrell. Before the couple broke up they went on the show Couples Therapy to try and work on it. Nikki said, “I tried really hard and he tried too.”

Juan Pablo Galavis and Nikki said they really tried not, “tv tried,” according to US Weekly, but it didn’t work. She said, “He lives in Miami and he’s in the entertainment industry and that’s his job and his lifestyle. It was really hard for me to fit into that.” She said, in the end, they were just two different people. During the After the Final Rose, Chris Harrison let the world know how they felt about each other.

Despite Juan Pablo not saying he loved Nikki or asking her to get married, Chris said they were in love and that was a fact. He reiterated Juan wouldn’t say it, but he knew it was true. The pair reunited and caught up recently, sharing the meeting on Instagram.  They met up to get ice cream together and shared a selfie on Instagram. Juan captioned it, “Great 7 years of catching up @nikki_ferrell.”

Was Their Meeting To Rekindle Old Feelings?

Juan Pablo Galavis and Nikki weren’t meeting in a romantic nature. Nikki also got married in 2016 to Tyler VanLoo despite splitting briefly they are still together. Bachelor nation loved the photo. Sharleen Joynt said, “this is everything.” Nikki shared it on her Instagram story. She said, “don’t make it weird people mmk?” Then she said, “other than the guy at Coldstone that thought we were on a date so he went with the two spoon move.”

In the picture, Juan Pablo is holding an ice cream cone with two spoons. They’re both relaxed and smiling. One fan said, “OG Bachelor fans quaking.” Another said, “This makes me happy! I loved them as a couple! Good to see they are friends.” A third thought the comments would be good. They posted, “BRB gonna make popcorn before reading the BN comments.”

What do you think about this reunion? Comment with your thoughts down below.