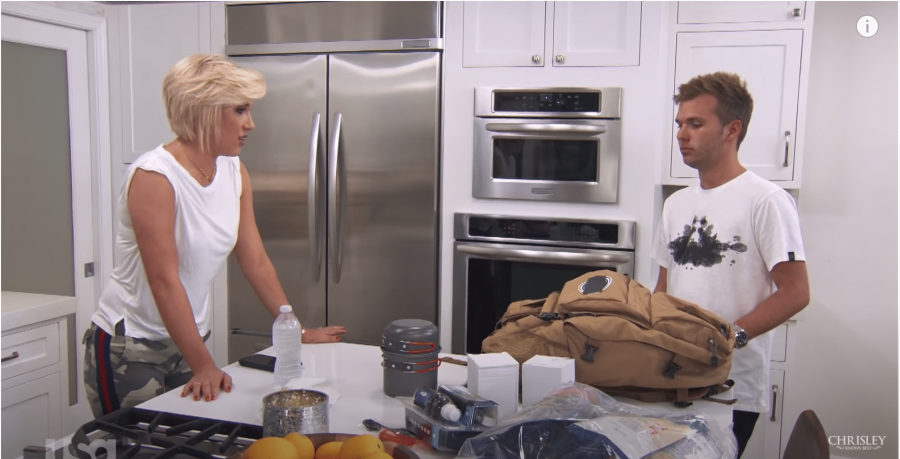 After a recent episode of Growing Up Chrisley, fans are demanding the removal of one cast member. Interestingly enough, some of the show’s fans seem to have it out for this member of the show’s cast. This is shocking because he typically has such good reviews. So, who are fans trying to get rid of?

Chase’s best friend has been a part of Growing Up Chrisley since the first season. At one point, Elliott convinces Chase to hire him as his manager. So, Elliott gets to work and lands Chase a job as a stand-in for Ellen DeGeneres. Then, Chase fires Elliott.

However, the snafu doesn’t get between the two friends. Elliott continues to be a regular fixture on Growing Up Chrisley. Unfortunately, there is a group of people that wish that wasn’t the case.

What do the haters say about Chase’s friend?

Notably, the comment section for this short clip is divided. But, what really stands out are the comments that want Elliott removed from the series. One of the comments reads as follows. “Elliott is going to bring ratings DOWN!! We want a show about the chrisley kids, not Elliott.😣”  Another comment says “Sick of Elliot. Don’t find him necessary for the show.” “Love the show but your friend ruins it with his stupidity and immaturity. Lose him or lose the show😮,” writes another fan. One person even argues that Elliott is the same as Chase, without his Dad’s money. Someone else chimes in that Elliott doesn’t have money, so he isn’t going anywhere.

Luckily, the negative comments are vastly outnumbered by people who adore Elliott. Someone even writes that having Elliott on the show makes Chase look smarter. A lot of people find Chase’s best friend to be hilarious. What do you think? Share your comments with us in the comment section below.

Come back to TV Shows Ace for more Growing Up Chrisley news. The show airs on USA Network on Thursdays after Chrisley Knows Best.