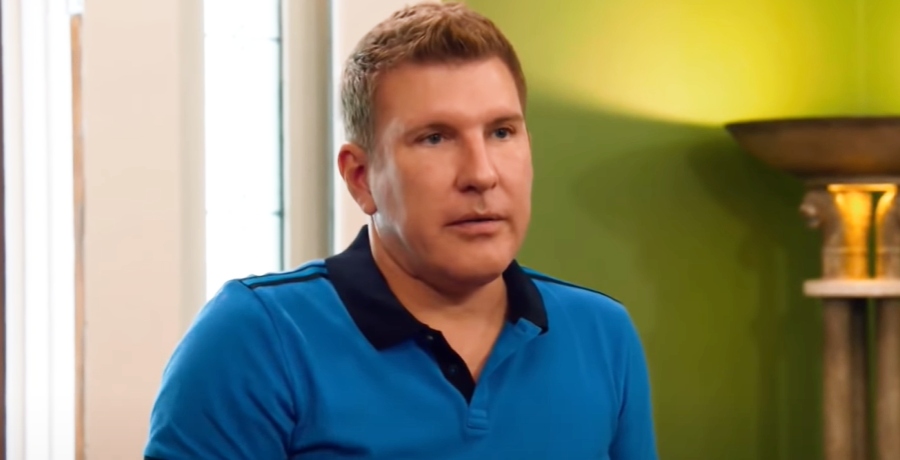 With a show called Chrisley Knows Best, viewers can only hope that there is some sort of advice given from time to time. In a recent episode, Todd Chrisley gives his son some advice for getting into a good mood. Keep reading to find out the reality television star’s life-changing secret.

What has Todd Chrisley in such a good mood?

Ahead of a recent episode of Chrisley Knows Best, the Chrisley USA Instagram account shares a clip. It looks like Todd accompanies Chase to the spa. Chase is donning a plush, white rob as his dad spills a life-changing secret.

The clip begins with Todd telling Chase that he is “in such a good mood today.” Unphased, Chase says, “Well, that’s rare. So why?” That’s when Todd lets his son in on a life-changing secret. While pointing down, Todd just says “these pants.”

Luckily for Chase (and fans), the Chrisley Knows Best patriarch doesn’t keep people in suspense. Todd elaborates with, “These are the softest pants that I have ever bought.” So, Todd’s middle son has to find out for himself. Chase confirms that the pants are very soft. Then, Todd makes the bold statement that “it changes your life.” He also encourages Chase to go buy some.

What do fans have to say?

In the comment section, one fan speculates that Chase won’t buy his own soft, life-changing pants. Instead, he’ll take them out of his father’s closet. Another fan wants to know why Chase should buy the pants when he can just take them from his dad.

While Todd didn’t leave Chase in suspense about the life-changing pants, he did leave his fans there. Inquiring minds want to know more about the pants. Some of the comments are as follows.

Was it all a rouse?

Other fans theorize that Todd bringing up his soft, life-changing pants is just a rouse. This is because Chase is about to have cupping done. According to WebMD, “cupping therapy is an ancient form of alternative medicine in which a therapist puts special cups on your skin for a few minutes to create suction.” Some of the health benefits from cupping are “help with pain, inflammation, blood flow, relaxation and well-being, and as a type of deep-tissue massage.”

Do you think Todd was sincere in his life-changing pants advice? Or do you think it was all just a rouse to distract Chase from cupping? Let us know your thoughts in the comment section below. Make sure to come back to TV Shows Ace for more Chrisley Knows Best news.