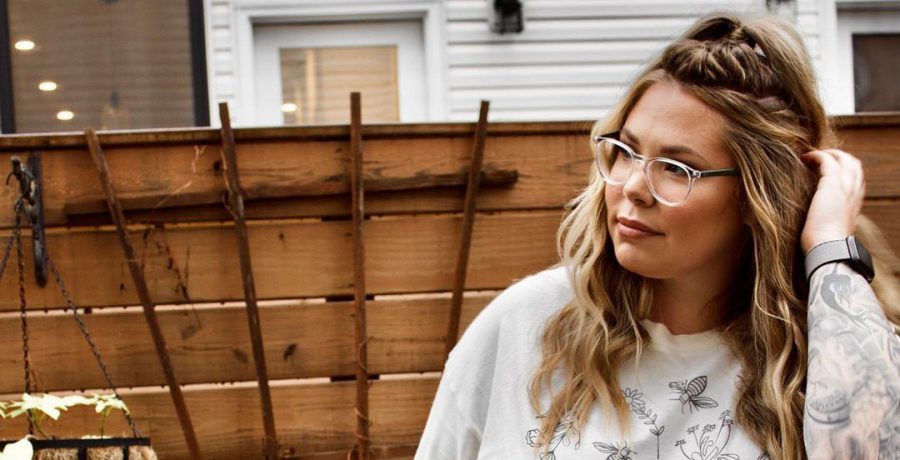 Back in November 2020, Teen Mom 2 star Kailyn Lowry shares with her podcast Baby mamas No Drama that she isn’t going to fight with her sons’ fathers anymore. Nearly simultaneously with this declaration, fans learn that Jo Rivera and Javi Marroquin don’t want to be on Teen Mom anymore. However, that doesn’t seem to be the case for the father of her two youngest, Chris Lopez.

Why are Kailyn Lowry and Chris Lopez in a feud?

Apparently, when Kailyn found out that Chris would be on the upcoming season of Teen Mom, she became very angry. From the sounds of it, MTV went directly to Chris without discussing it with Kailyn first. She says this of the producers, “the lack of respect people have for me after 12 years of doing this show.”

Notably, this isn’t the start of the Kailyn Lowry/Chris Lopez feud. TV Shows Ace previously reports on an altercation between the two where Chris alleges that Kailyn hit him “with a closed fist” several times.” The police came and arrested Kailyn. Ultimately, someone drops those charges.

All of this is over hair cut and Kailyn claims that “the dispute never became physical.” Kailyn shares before and after photos of Lux’s new haircut. She captions the post with, “Parenting with a narcissist be like” and claims that it is a “control tactic.”

How the feud reignited

Now, there is more drama fueling this feud. The U.S. Sun reports on what is going on between the ex-lovers. Apparently, at one point last week, Kailyn calls Chris a “part-time babysitter.” In full she says, “My kids are your little brothers, that’s what they are. You become like a part-time babysitter. I shouldn’t see you on a shed on Instagram Live when you’re supposed to be taking care of my kids.”

Kailyn also makes claims that Chris isn’t “there for their sons physically or financially.” She says the following in her Instagram Stories. “It’s really annoying and tired and I’m over being called a bitter mom or I’m this and I’m trying to keep my sons away from their dad when you don’t contribute financially.” Kailyn goes on to strengthen her claims by sharing that Chris doesn’t know their school schedule or when their doctor’s appointments are.

The U.S. Sun alleges that what Chris shares on Instagram is a dig at Kailyn for putting him on blast. He shares a video of Creed walking while he proclaims “look at my boy.” Lux is there too and he looks very proud of his little brother. With all the excitement, people assume that Chris is sharing Creed’s first steps. However, he later takes to Teen Mom chatter to confirm that it wasn’t Creed’s first steps.

What do you think about the Kailyn Lowry/Chris Lopez feud? Share your thoughts with us in the comment section below. Make sure to come back to TV Shows Ace for more Teen Mom news.