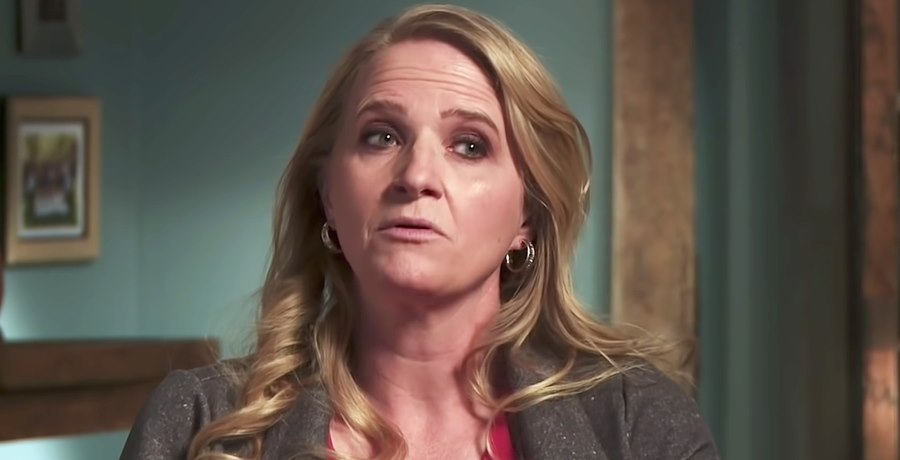 While it’s no secret that Sister Wives stars Kody and Meri Brown have marital problems, it may be surprising that it seems like Christine doesn’t have the warm fuzzies about her spiritual union either. Now, reports are coming out that there is definitely trouble in paradise.

Previously, TV Shows Ace reports that Christine Brown lists her house for sale. That’s not the juicy part though, once upon a time, Kody and Christine’s names were both on the deed. However, The Celeb Talk Guy reminds fans that in August 2020, Kody gave Christine full ownership by transferring the deed to Christine.

Ultimately, Christine’s house going on the market causes an uproar in speculation that Christine is leaving Kody. Given her sentiment in the last season of Sister Wives, it wouldn’t be that shocking if she is finally leaving Kody. Viewers may remember that she says in an episode of Sister Wives that she “can’t do marriage with Kody anymore.”

Does she have any reason to stay in Arizona?

Additionally, it’s no secret that Christine wants to go back to Utah. It appears like her desire to return to Utah was only strengthened when the state decriminalized polygamy. However, she wasn’t able to get buy-in from the rest of the family for another move.

Now that Christine’s house is for sale, there doesn’t seem to be anyone that actually knows where she’s going to go. Not only that, she’s nearly an empty nester. With Ysabel moving in with Maddie (Janelle’s daughter) to attend college in North Carolina, the only child Christine has left at home is Truely. While it wouldn’t be ideal to move a child still in school, it’s easier to move one kid than a few kids. So, if Christine is set on moving, it would be pretty easy for her to do it now.

What’s interesting about moving Ysabel to North Carolina isn’t really the fact that she’s going to live with Maddie. It’s the fact, as The Celeb Talk Guy brings up, that the whole trip is documented. Kody isn’t there. Sadly, this isn’t the first time that Kody doesn’t show up for Ysabel. Viewers all remember that he recommended she get back surgery by herself.

While this may be a long shot, this YouTuber also brings up the fact that Kody hasn’t been seen on Christine’s Instagram since April 2020. However, if there really is trouble in paradise and Kody and Christine aren’t together anymore, viewers are just going to have to wait and see.

What do you think Christine Brown is doing now that she’s selling her house? Do you think she’s finally leaving Kody? Share your thoughts with us in the comment section below. Make sure to come back to TV Shows Ace for more Sister Wives news.