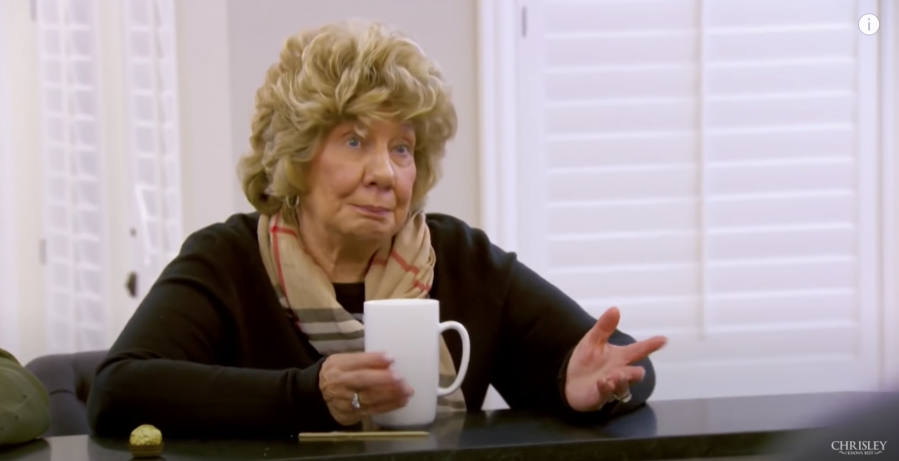 Luckily for Chrisley Knows Best fans, the show and Growing Up Chrisley have made their return to USA Network for news seasons. So, the Chrisley USA Instagram is regularly posting gems of footage from the series. While the footage may be new, it’s no surprise that Nanny Faye is feisty.

Nanny Faye has a collection of rabbits

What sort of influence is she having on her grandson, Chase Chrisley in a recent episode of Chrisley Knows Best. Fans of the show know that Nanny Faye and Chase regularly get into shenanigans. For example, when Nanny and Chase went to the Kentucky Derby, she ends up on Instagram with a big ole’ cigar in her mouth.  But, it also seems like Nanny Faye likes to go out of her way to make Chase feel uncomfortable.

The trailer begins with the camera zoomed in on what appears to be a porcelain rabbit. Next, she lets Chase know that she bought all the rabbits with her delivery money. In return, Chase politely lets Nanny know that all her rabbits are “so beautiful.”

Then, Nanny asks Chase if he knows what rabbits represent. From the tone of Chase’s voice, it sounds like he’s mentally preparing to hear something he probably could have gone without hearing. According to Nanny Faye, rabbits represent fertility.

After that, Nanny says “Bang! Bang!” And Chase seems befuddled and asks, “What do you mean bang, bang?” So, Nanny gives him a visual demonstration. She repeats herself while thrusting her hips. At this point, Chase is visibly uncomfortable. He proclaims, “Ew!”

Apparently, this is an educational moment because Nanny Faye wants to know how Chase is going to learn things if she doesn’t tell him. To that, Chase lets her know that he knows about “bang! bang!”

Without watching this episode of Chrisley Knows Best,  there’s no telling what happens next. However, it sounds like Todd is saying “Mama” in the background. Surely, this isn’t the sort of conversation that you want Todd Chrisley walking in on.

In the comment section of the clip, fans drop so many cry-laughing emojis in response. It’s no secret that people love Nanny Faye.

What do you think about this exchange between Nanny Faye and Chase Chrisley? Let us know your thoughts in the comment section below. Make sure to come back to TV Shows Ace for more  Chrisley Knows Best news.