Rumors are soaring once again in Bachelor Nation. There are some who believe that perhaps Bachelorette Clare Crawley and Dale Moss got married. These two just celebrated one year of being in love. So, is there any truth to the rumors? Keep reading to find out what is being said.

Did Clare Crawley and Dale Moss get hitched?

Instagram account Deuxmoi shared an email received from a fan. It currently remains all speculation. However, this fan claims to have tea on Clare Crawley and Dale Moss. According to the email, Clare and Dale are secretly married. The fan said, “Clare and Dale are married. They did it in ‘secret but filmed it with a small crew and serious NDA. Negotiating with print outlet to coincide with streaming wedding special.”

A second email sent to the Instagram outlet also says that Dale and Clare are married. However, that particular message says they are unsure if a television wedding is being planned. They said the photos will be shared with People.

The Instagram Deuxmoi admits they have no clue if the rumor is factual. However, if it is true this is huge! 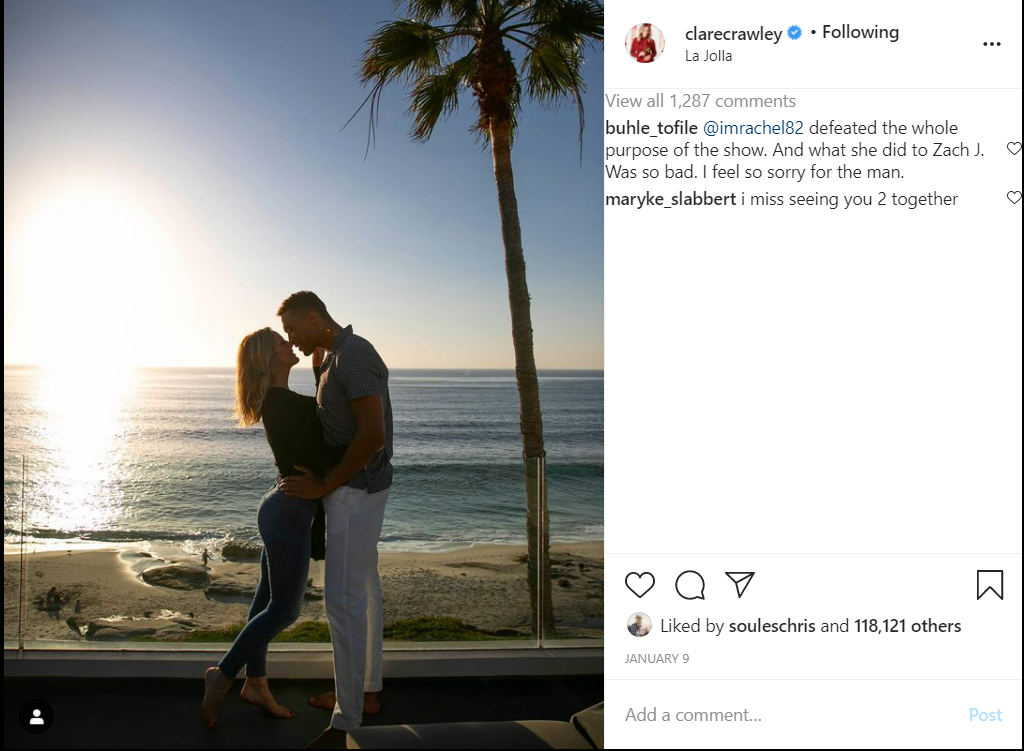 Clare and Dale are also currently traveling together. Clare’s latest Instagram story reveals them on a plane. Fans are noticing that Dale is wearing a ring in the video. Is it one he always wears or a new one?

Clare and Dale have been through a lot together and deserve to have their forever happy ending.

What do you think? Is it true?

Clare and Dale met during her brief season as The Bachelorette. She ended her portion of the show early once she realized all she wanted was Dale. In fact, remember when she first met Dale? She noted that first moment that she felt like she just met her future husband.

The two got engaged and continued to move forward with their relationship. Then, they broke up for a brief while. The two reconciled a short time later and have been happy ever since. It took a while for them to confirm they had rekindled their love, but once they did fans showed nothing but support.

Now, fans are wondering if there could be any truth to these new rumors. Is Clare officially Clare Moss? Fans will have to wait for more clues from the duo to confirm whether or not any of this is true.

Clare recently underwent surgery to remove her breast implants. Dale stuck by her side and showed support. The two are adorable and obviously in love. But, are they also now man and wife?