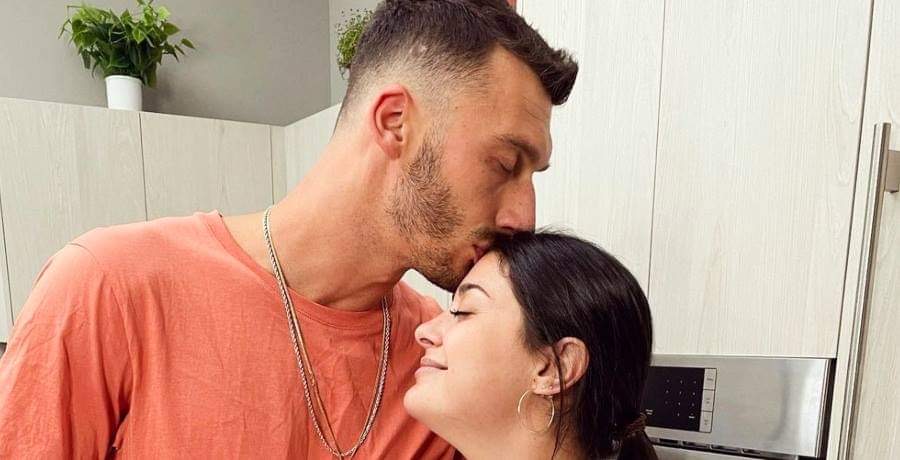 He’s here! 90 Day Fiance stars Loren and Alexei Brovarnik have finally welcomed their second baby, a little boy. The two announced they were expecting via Loren’s Instagram on May 15th. Big brother Shai donned a T-shirt with Biggie Smalls that read “Notorious B.I.G. Brother.” Eventually, they went onto do a gender reveal at the end of March. Blue popped out and yes, it was another boy. Now, he is here and the family of four could not be happier.

The happy couple met in Israel when Loren was on a Birthright trip. Alexei, from Ukraine, was working as a medic in Israel. He had been assigned to her group and they fell in love. It was long distance but they made it work. Fans of the series first met them in Season 3. Though they faced some struggles, especially when it came to Alexei and his dream profession, they wed in 2015.

The following year, they had another wedding in Israel. Soon, they would go on to appear on 90 Day Fiance: Happily Ever After? for two seasons. Continuing to gain a fan base by working through their issues, Loren and Alexei had a big announcement in 2019. They were expecting their first baby together. Their biggest concern was he would inherit Loren’s Tourette’s Syndrome. She has been an ambassador of awareness for it.

On April 14, 2020, Shai was born at the beginning of the pandemic. The Brovarnik family relished every little thing he did. He was the light they needed. They also continued to light up viewer’s lives with appearances on Pillow Talk, a fun commentary show. It features former 90 Day cast members watching and reacting to recent episodes. The Brovs have been there throughout this pregnancy much like the last one, snacking and laughing away. Then, it was game time.

Baby boy Brov was born on Monday, August 16th via C-section, Us Weekly confirms. Loren also posted the news on her Instagram for Thankful Thursday. The new mama has openly said she is now officially the queen of the household being the only woman. It has been adorable watching Alexei kiss her belly and refer to the baby as his peanut. It will also be amazing to see how quickly Shai takes to being a big brother as he has been seen practicing on his toys.

Loren to Us: “We are so excited to bring Babyboten home and see Shai being the best big brother! Babyboten wanted to come into this world earlier than expected and on his own terms. He was a C-section baby, weighing a whopping 5 pounds, 7 ounces, and [measuring] 19 inches tall. We are so excited for this new chapter as a family of four!”

Pile all four in the bed and make this the best Pillow Talk possible. How excited are you to see the journey of the new baby? Furthermore, can you believe how far they have come from their first season of 90 Day Fiance? Let us know in the comments below and congratulations to the happy family!