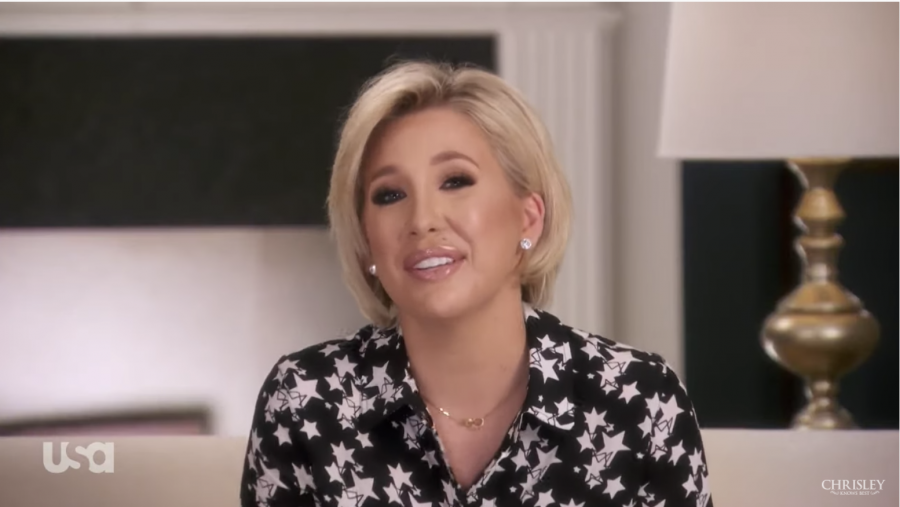 Chrisley Knows Best star Savannah Chrisley shimmies her tiny waist in an animal print dress. This display comes from her Instagram Stories. It goes without saying that all her hard work in the gym is paying off.

Unfortunately, Savannah’s photos in her Instagram Stories don’t have a caption. From what we can tell, she’s in a parking garage heading to her car. The businesswoman is very busy, so there’s no telling where she is off to. However, like almost always, the reality television star is dressed for success.

Additionally, her Instagram page doesn’t give away any details about what she has planned. Her last post is a promotional image for Growing Up Chrisley. In the caption, she expresses her gratitude. “Beyond thankful for you guys loving and supporting my family! Can’t believe season 3 of Growing Up Chrisley just aired 😭🥰 Excited for you guys to see all the HIGHS AND LOWS this season ❤️,” writes the show’s co-star.

This isn’t the first time that Savannah’s tiny waist has caught media attention. TV Shows Ace previously reports on her tiny waist just a few weeks after she claims gaining weight. This claim came when she had to call people out about whether or not she’d had a breast augmentation. “It’s called gaining some weight. Um. Working out? Gaining some more weight,” says Savannah.

How to get a tiny waist like Savannah Chrisley

In order to get some of Savannah’s gym secrets for a tiny waist and toned abs, it’s best to keep an eye on her Instagram Stories. Occasionally, she will talk about her workouts or film a workout for her fans to do later. However, Savannah seems to be about body positivity. During one of her many trips this summer, she shares a how-to on how to get a beach body. It’s a frustrating tip because it isn’t what anyone trying to get in shape like her is looking for.

According to Savannah, a beach body only requires two steps. First, “Have a body.” Second, “Go to the beach.” While this is a great display of body positivity, surely it isn’t the sort of insider beach body information that people are looking for.

What do you think about Savannah Chrisley, her tiny waist, and this gorgeous dress? Let us know your thoughts in the comment section below. Make sure to come back to TV Shows Ace for more Chrisley Knows Best news. Don’t forget to tune in to USA Network on Thursday nights for new episodes of Chrisley Knows Best and Growing Up Chrisley.