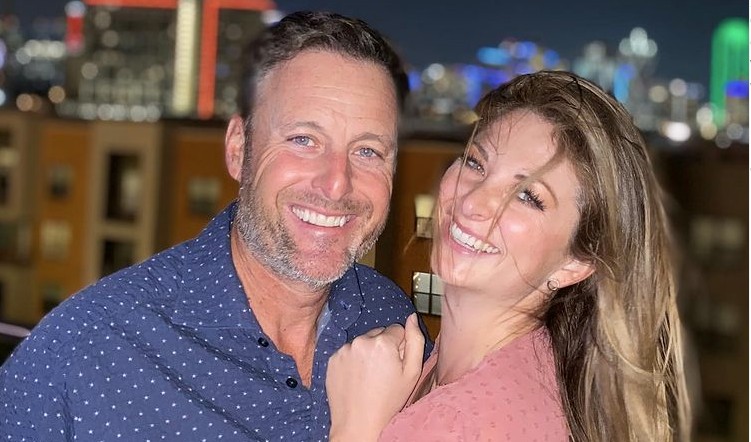 Former host of The Bachelor Chris Harrison is celebrating a milestone with girlfriend Lauren Zima. Both went to their Instagram accounts to share tributes to each other and their love. The sentiments are sweet and fans are wishing them loads of love and happiness. How long have Chris and Lauren been together? Keep reading to find out more.

Chris Harrison went to Instagram to share a heartfelt post for Lauren Zima. The two are on vacation celebrating their anniversary. Chris shared multiple photos of the two of them together. He said, “Another incredible trip around the sun with this beautiful woman.” Chris went on saying, “I love you for your wisdom, strength, vulnerability, theatrics, compassion, advice, laughter, grace…your love. The only woman that can remain chic as sh*t while doing a Voldemort impersonation. I love you LZ Happy anniversary! Can’t wait to see what the next trip around the sun brings us❤️.”

How long has Chris Harrison and Lauren Zima been together? Lauren went to her Instagram to also share her feelings for Chris. She said, “HAPPY ANNIVERSARY, Chris Harrison ❤️Three years of sunsets with you, and I’m feeling more blessed than ever that I get to live each day with you.”

Lauren went on to say, “You are an immeasurably incredible partner, and every time we look out into the night sky, I’m grateful we’ll greet and experience the next day together. It’s cheesy, it’s romantic, it’s true…I love you for all the right reasons : ) — for the man you are through and through. Cheers to the future! 🥂.”

Reactions to the posts

Many Bachelor alums and fans reacted to the two posts. Everyone wished them a happy anniversary. Others said they were obviously soul mates. Numerous fans commented how much they missed Chris hosting the show. He replied to one saying he missed Bachelor Nation as well.

Many fans recently mistook a photo of the couple attending a wedding together as nuptials of their own. Lauren was a bridesmaid and fans instantly believed it was a wedding photo. Even fellow alums were saying they hoped it was true and the two decided to marry. Chris and Lauren cleared up the rumors and confirmed they had not gotten married.

Perhaps someday soon a proposal will be coming. Stay tuned for more updates.