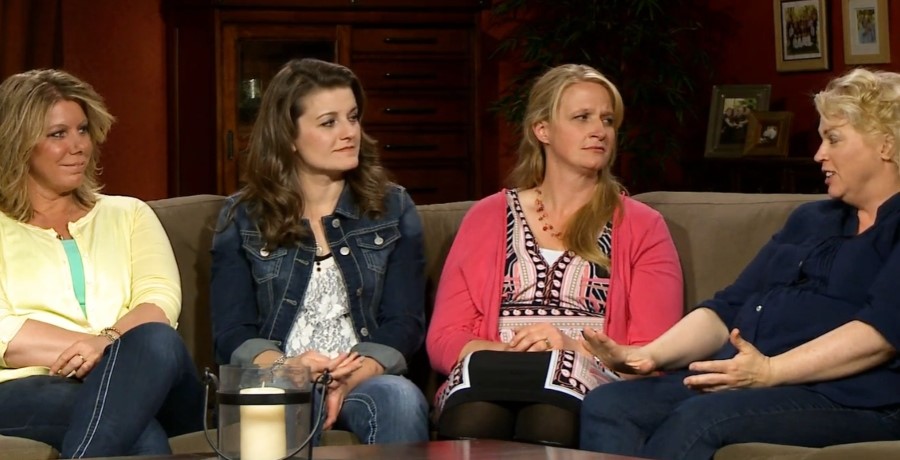 As avid TLC viewers know, a spin-off is always a possibility. For example, it appears that when Josh Duggar got in trouble the first time, it went from 19 Kids & Counting to Counting On. More recently, there are more than a dozen spin-offs in the 90 Day Fiance franchise. So, could a Sister Wives spin-off be a thing? It doesn’t seem like it would be out of the ordinary for TLC, however, they haven’t mentioned anything about it.

It is no secret that Sister Wives viewers aren’t too keen on the show after the last couple of seasons. The same old marital drama between Kody and Meri is likely wearing on fans. Also, it doesn’t seem to be a secret that Kody favors Robyn over his other three wives. On top of all of that, the Browns purchased the property in Coyote Pass years ago, and haven’t really done anything with it since. However, recently Janelle began living in an RV on the property.

It isn’t the first time that fans call for a Sister Wives spin-off. Fans loyal to Meri are concerned, to say the least. At one point, there was a #freeMeri movement on Twitter. At this time, Team Meri fans’ solution was a show just for Meri. The suggestion came with a catchy show title, “Meri Moving On.”

Not only that, but others are okay with a show with all the wives. However, they stipulate that they’d have to dump Kody. As expected, a lot of people wouldn’t want to watch a show with Robyn either. A recent Screen Rant article confirms that there doesn’t seem to be a viewership for Robyn.

Surprisingly, it appears that people aren’t really chopping at the bits to get a Janelle Brown Sister Wives spin-off either. Some may argue that with her living in an RV now, there is definitely content. However, since she isn’t vocal about the strife of plural marriage like Meri and Christine are, people may be less like to watch a show starring strictly her.

When it comes to Christine Brown getting her own Sister Wives spinoff, it seems like a lot of the draw to her storyline is the fact that she wants to go back to Utah so badly. Fans are hopeful that one day she will get sick of sticking around Arizona and make her Utah dreams a reality. So, it makes sense that people would want to see that.

What do you think about Sister Wives spin-off shows? Who would you like to see get a show of their own? Let us know your thoughts in the comment section below. Make sure to come back to TV Shows Ace for more Sister Wives news.