Courtney, Eric Waldrop, and their nine children FINALLY completed a forgotten memory milestone. This milestone and memory-making activity was something Courtney Waldrop has wanted to do with her children for a while. But, it was something she kept forgetting about until it was too late. Fortunately for Sweet Home Sextuplets fans, Courtney was kind enough to snap a photo of this memory milestone and share it on Instagram.

What memory-making activity did Courtney, Eric, and their nine children participate in recently? Keep reading, we’ll explain and show you a picture!

Leaving a handprint or a footprint in cement is a memory-making milestone most parents enjoy partaking in with their children. The Waldrops aren’t even the only TLC family to engage in this activity. Matt Roloff of LPBW recently recruited his grandchildren to leave their names and handprints on the floor of the garage he is currently constructing on his farm. Courtney Waldrop took to Instagram yesterday to reveal her family was doing something similar.

Turns out, the TLC mother has wanted to get her childrens’ handprints in cement for a while. And, the family has been building and renovating all over their property lately which means LOTS of cement has been poured. Unfortunately, Courtney Waldrop only remembers she wants to do this memory-making activity with her children AFTER the cement starts to harden.

According to her recent Instagram post, Courtney Waldrop FINALLY remembered about the forgotten memory-making milestone. So, she was able to complete this activity with her children. 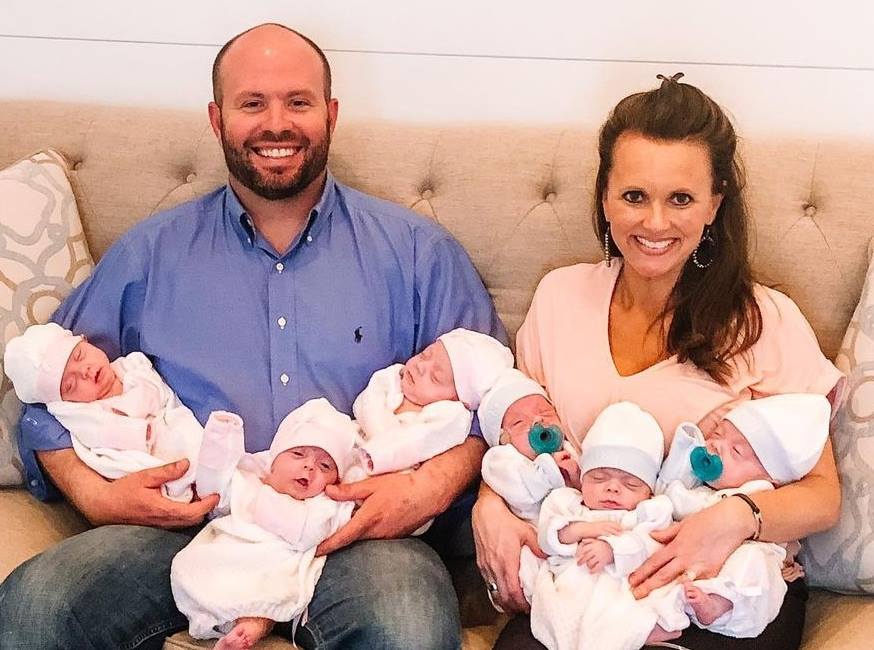 The Sweet Home Sextuplets mother took to Instagram to share the finished product. “Lot of sweet hands right here!!” She gushed in the caption of her beautiful snapshot.

We’ve had so much concrete poured here lately and keep forgetting to do this..so finally this morning we made it happen before the concrete dried!!”

She concluded: “Going to love seeing the kids sweet handprints in the sidewalk for years to come!!”

Danielle Busby, also of the TLC network, reacted to the sweet memory-making moment. The OutDaughtered mother’s comment was liked several dozen times as she gushed about how much she loved this photo and activity.

Some of her followers admitted the picture was a little confusing. After all, some of her children had the exact same initials. How would she know which hand belonged to which child without using their first name? Others speculated Courtney likely lined the children’s hands up by birth order.

Courtney Waldrop herself later chimed in on the confusion. She confirmed the hands were placed in birthing order.

Do you think this was a sweet memory-making moment for Courtney Waldrop and her children? Are you happy she still shares with fans even though she and her husband decided NOT to return for another season of their reality TV series? Share your thoughts with us in the comments. And, keep coming back to Tv Shows Ace for the latest on the Waldrop family.