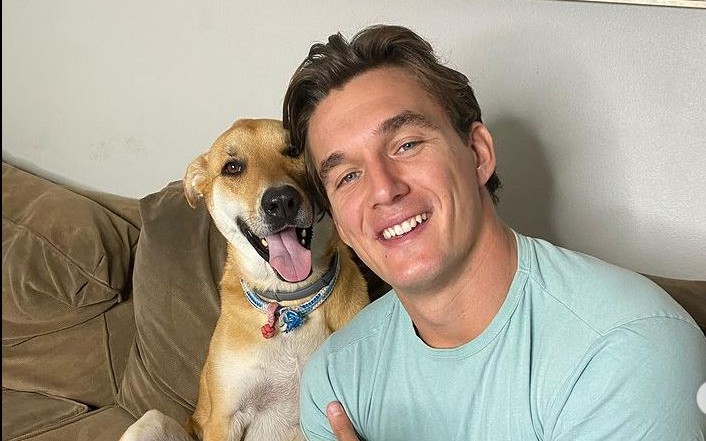 Bachelorette alum Tyler Cameron has had many girls swooning including Hannah Brown. He finished second on her season and most believe he should have been her final rose. Now, he’s got a new book coming out. Tyler is spilling his feelings and also dishing on his new girlfriend. One thing, in particular, he talked about recently was his fantasy suite date with Hannah. What went down?

Tyler Cameron dishes on fantasy suite with Hannah B.

US Weekly shared what Tyler had to say about his time spent with Hannah in the fantasy suites. Everyone knows Hannah doesn’t shy away from being intimate. Remember the four times with Peter Weber in the windmill?  However, with Tyler and Hannah things weren’t all about the physical connection they shared.

Tyler said things did get heated and very steamy with Hannah B. However, they did not sleep together in the fantasy suites. He respected her decision to not be intimate on their overnight date. Tyler details their night together in his new book, You Deserve Better: What Life Has Taught Me About Love, Relationships, and Becoming Your Best Self.

In regards to being praised for respecting Hannah, Tyler said, “I was being praised for, honestly, what I think is the bare minimum. … I’m like, all I did was respect a woman.” He said, “Like no is no, you know? And like, if she wants to go do something, she should go and do it. And so, for me, when I saw all the praise, it was cool, it was great at first. But then I realized, like, there’s something wrong with our culture right now if this is what is being praised. This should be the norm. That’s kind of what really motivated me to write this book and kind of the core of this book.”

More on what happened

Tyler said they talked all night. He admits he was sad when the sun was coming up because their time together would be ending. It was because of their long night of getting to know each other he believed she could be the one. In the end, Tyler came in second place.

He also says Hannah has nothing to be concerned about when it comes to the content in his book. Tyler said, “I have no bad things to say about her, so it’s all good. She taught me a lot. I haven’t seen her in a while, but we’re still friends. We’re still cool.”

Tyler has a new girlfriend as many know. US Weekly shared recently that he and Camila Kendra took things slow when they started dating. In fact, Tyler says they didn’t kiss until their fifth date. He did note he tried to kiss her on date number two but she shot him down.

The new couple does tend to keep their relationship on the down low. Don’t expect to see a ton of PDA with Tyler and Camila. Recently, they were spotted hanging out with Tyler’s best friend and former Bachelor Matt James.

Hannah Brown has also moved on and is in a happy relationship.