Stassi Schroeder quickly shot down the pregnancy rumors. It all started with one Instagram post. Some of her fans and followers assumed it was a pregnancy announcement. Earlier this year, Stassi and her husband, Beau Clark, welcomed their first child, Hartford.

She’s been documenting her parenting journey on social media. The pair also shares their adventures in parenting on their podcast, The Good, The Bad, The Baby. The reason why the husband and wife team works so well is that they share the same strange sense of humor. Stassi shared a humorous photo on Instagram that left fans confused.

On Friday, July 9, Stassi Schroeder shared a photo of herself with Beau. The two had a confused look on their faces, which probably befuddled their fans. The Vanderpump Rules alum wore a blue-and-white hoodie while her husband wore a beige T-shirt with light blue shorts. Both of them had their phone in their hands.

“There’s a lot to unpack here,” Stassi joked in the caption.

On the table next to them sat a blood pressure monitor. Stassi’s friend, Taylor Strecker, said that she needed more details. Fellow Pump Rules alum Jax Taylor invited the couple to a pool day. Most people found the humor in Stassi’s weird post.

Then came the pregnancy remarks. Fans immediately asked the reality star if she was pregnant with her second child. “I’ve had that look before,” one fan wrote, while another commented, “It’s called ‘you can get pregnant while nursing?’ Look.” A third one said, “Here comes baby #2!” 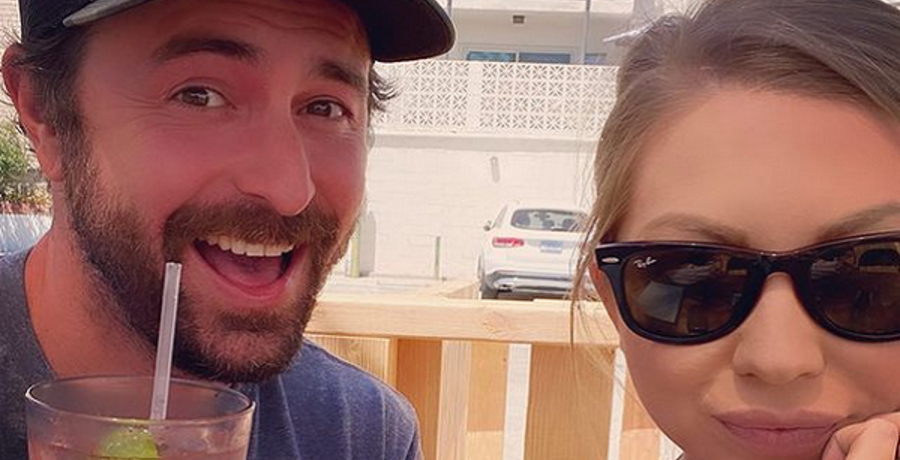 Stassi continued to get questions about whether she’s giving Hartford a little brother or a little sister. She returned to her Instagram post to clear up the rumors. “Holy comments. Not pregnant. Beau’s just old,” she joked. For now, Stassi and Beau are trying to figure out how to take care of their only daughter.

Stassi Schroeder has shared her thoughts about wanting a big family with Beau. In June 2019, she first expressed her desires in an interview with Us Weekly. She revealed that she was ready to get married and start a family. The “Straight Up With Stassi” podcast host didn’t care if she got pregnant first.

“I think I’m ready to have a baby,” Stassi told the outlet. “I’ve never really been someone that’s, like, dreamt about her wedding … but I always knew that I wanted to be a mom. So I feel like I’m in a place in my life where I make my own decisions and fore my own path. I know I want to be a mom, so I would rather get knocked up before I waited to have a wedding.”

Stassi’s dream came true. Beau popped the question in July 2019 and they wed in a backyard ceremony in Los Angeles in September 2020. Their dreams for an Italian wedding were canceled due to the coronavirus pandemic. Check back with TV Shows Ace for more news on Stassi Schroeder.