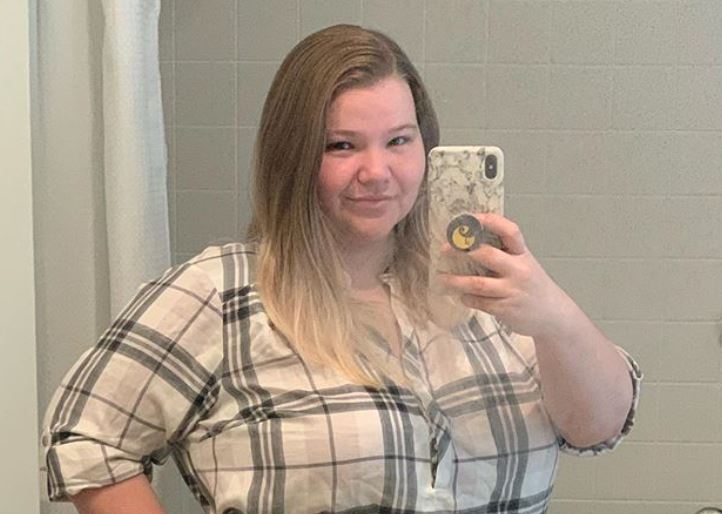 90 Day Fiance star, Nicole Nafziger confirms her shocking relationship status with Azan Tefou. Fans often wonder how things are going with the couple since they have yet to marry. It also doesn’t seem like they were heading down the aisle anytime soon, since Azan still lives in Morroco. Not only that, but many cheating allegations arise against Azan. So, keep reading to find out what Nicole has to say about the status of their relationship.

Recently, 90 Day Fiance Nicole Nafziger takes to her Instagram to share a relationship status update. To do so, she uses a collage of photos of herself and Azan throughout the years. Many feel like this is just another clickbait article because the caption says has the hashtag #LinkInBio. However, since then several reputable articles have come out to confirm Nicole and Azan’s relationship status.

The status of Nicole and Azan’s relationship is regularly questioned by 90 Day Fiance fans. The couple has been together for about five years. With all the ups and downs, this is the first time Nicole has confirmed the status of their relationship. Typically, she holds fast to claims that she and Azan are doing great and taking steps towards getting married and starting a family.

However, she exclusively tells US Weekly and Celebuzz that she and Azan are done, according to The Ashleys Reality Roundup. Nicole tells the media outlets the following.

Azan and I have decided to go our seperate ways. We had much love and respect for each other, but we weren’t without our faults. Unfortunately, we can no longer continue our journey together.”

Nicole continues her statement by explaining that “This may be a shock to many because we stayed strong for so long through it all.” However, it’s hard to believe that anyone is shocked that Nicole and Azan aren’t together anymore. From the beginning, this relationship was nothing but drama. The drama includes “breakups, canceled weddings, and rumors of Azan having another wife,” The Ashleys Reality Round Up reminds fans.

Did they have a chance once upon a time?

However, there’s an argument to be made that they might have had a chance. This is because, at the height of COVID, Nicole got stuck in Morocco when air travel was shut down. At the time, from the looks of her social media, it appears that the couple was doing well.

Surprisingly, Nicole concludes her statement by confirming that the breakup is amicable. She tells the media that “[Azan] is a good person and deserves to be happy as much as I do. We ended on good terms and I wish him the best.” She also asks for fans to “respect both parties and not constantly ask about it.”

Are you surprised about Nicole and Azan and their relationship status? Did you see this breakup coming? Let us know your thoughts in the comment section below. Make sure to come back to TV Shows Ace for more 90 Day Fiance news.