Today marks five years since Jamie Otis and Doug Hehner said goodbye to their first son. The Married at First Sight fan-favorite couple has struggled with fertility for years. Amid multiple losses, the two have managed to bring two healthy adorable children into the world. Today though, Jamie honors her late son and also shares the guilt she has regarding things she feels she could have done differently in her past.

Jamie went to Instagram to share her feelings about when her son passed away and the guilt she still carries. She began her heartfelt post by saying, “Happy birthday to my sweet boy who made me a mommy.👼🏼 I only got to hold him briefly before he was taken away from me. Johnathan would be 5 today if he had survived.🙏🏻💙⁣.”

Jamie went on to say she lost a lot of pregnancies but since she birthed him naturally and held his body it tore her world apart. She said, “I looked at my baby who was so broken & bruised. It was like all that was stolen from him-from me-was laid bare for me to see. I instantly felt like I failed him bc of choices I made way before he was born.”

Jamie said she tells herself losing Jonathan wasn’t her fault but that part of her feels it’s maybe karma. She says while in college she made some bad decisions. It was also during this time she had custody of her siblings. 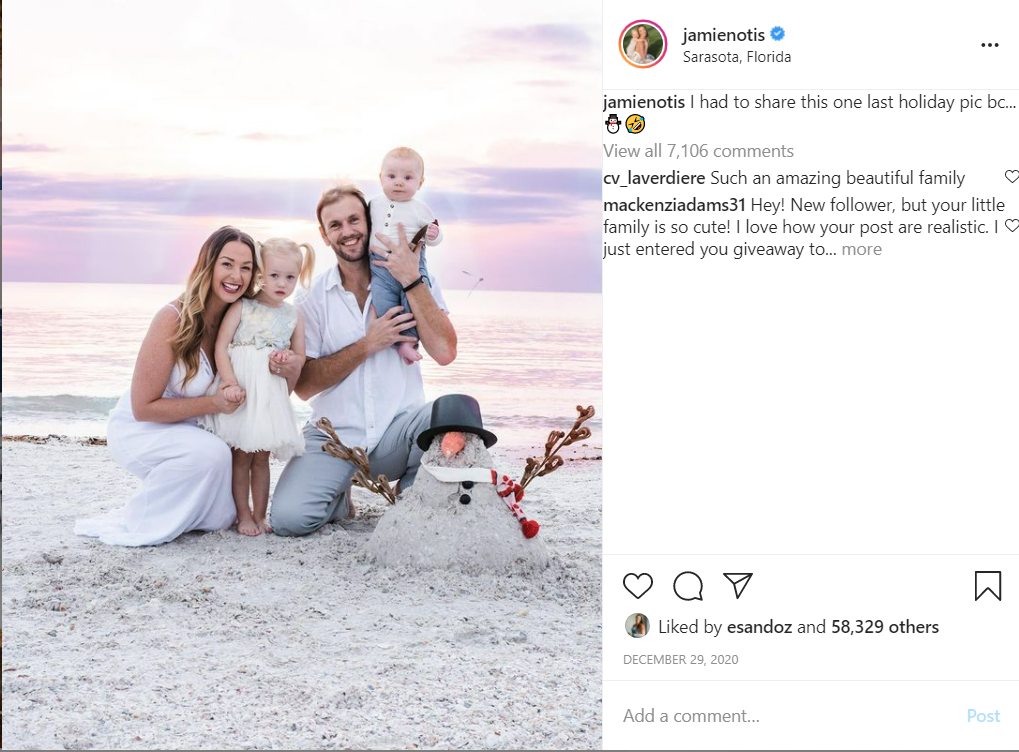 What bad decisions is she talking about?

She detailed their living conditions stating that they lived in a small leaky trailer. There were also holes in the floor that needed to have boards placed over them so animals didn’t get it.

Jamie went on to say she was the first girl to graduate high school and vowed to be somebody. She didn’t want to live on welfare and be someone’s “baby mama.”

However, Jamie shared that she ended up pregnant. She said, “But then I got pregnant by the guy I lost my virginity to. I was just a teenager. My mom was addicted to drugs and always gone and my younger siblings were looking to me for everything. I was absolutely devastated while weighing my options-I thought I had no choice but to go through with an abortion.⁣”

Jamie went on to share that this happened not once but twice. She also said, “You don’t have to scream “HELLO! BIRTH CONTROL!” bc I’m fully aware.🤦🏼‍♀️⁣.”

Until now she’s never talked about it due to embarrassment and her past lack of responsiblity. Because of her two abortions, she blames herself for losing Jonathan.

Jamie said, “While I held my baby boy I whispered to him “Mommy’s so sorry” over and over again. I promised him I’d spend my life honoring him & I’d never let anyone forget him. His life matters. I will keep this promise til the day I die and I get to hold my angel again.🙏🏻💙⁣.”

She ended her emotional post by saying happy birthday to her son and voicing how much she loves him.

Jamie and Doug now have two beautiful babies and hoping to add to their family again soon.