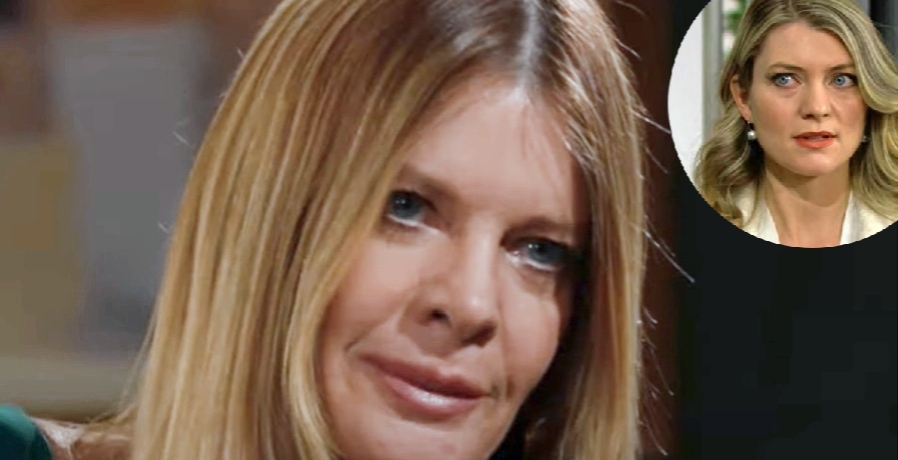 The Young And The Restless spoilers reveal an alliance with Phyllis Summers (Michelle Stafford) and Billy Abbott (Jason Thompson). Furthermore, they find they have a common adversary in the town blackmailer Tara Locke (Elizabeth Leiner). Y&R spoilers reveal a big week when these two past lovers and nemesis form an alliance to take Tara down.

Sure Tara has many people fooled in Genoa City.  However, Phyllis and Billy know something is off. Behind the smile and sugary sweet persona lies something sinister. In addition, only a handful of people know her true nature. Her soon-to-be-ex, Ashland Locke (Richard Burgi) tried to warn the Abbotts. Then she conspired with Sally Spectra (Courtney Hope) on The Young and The Restless.  Sadly Summer Newman (Hunter King) is all too aware of Tara’s devious nature. Phyllis and Billy just have a gut instinct about her. However, working together they may finally expose her true nature.

Young And The Restless Spoilers: Tara Locke A Wolf In Sheep’s Clothing

Young and The Restless Fans remember when Tara Locke first showed up as the woman with who  Kyle Abbott (Michael Mealor) had an affair. She became pregnant. But she passed off the child as her husband’s. After the truth came out Tara and her son fled to Genoa City. Appearing frightened and alone she was protected by Kyle and Jack Abbott (Peter Bergman). A DNA test proved Kyle is the father. Now Tara is comfortably settled in the Abbott mansion.

Her true nature reared its ugly head when she forced Summer to break up with Kyle. Tara threatened to disappear with her son if Summer didn’t accept a job in Italy. In addition, she had to dump Kyle. Summer sacrificed her happiness so Kyle could keep his son. Now Tara can make her move on him while his broken heart mends. Her other misdeeds may include leaking private information to the press. The articles could have a damaging effect on Ashland’s empire. Tara is just beginning. She can wreak havoc for a while if she’s not stopped.

Phyllis And Billy Expose Tara On The Young and the Restless?

Young And The Restless spoilers reveal the week of July 12 – 16 is going to be explosive on the CBS daytime drama. Y&R fans know Phyllis has never trusted Tara from the beginning. She has been open about that. Y&R spoilers hint she pretends to be amicable. Tara may drop guard with a friendly Phyllis. However, she may want to run for cover if Phyllis learns the truth about Summer!

Billy recently joined the rest of his siblings at a meet and greet for Harrison Locke (Kellen Enriquez). Of course, they were all charmed by Kyle’s son. Tara ingratiated herself with all the Abbotts except Billy. His spidey senses were tingling. He remembered his promise to Summer to look out for Kyle. Therefore he tried to warn Kyle to keep his eyes open. His warnings were not welcome. Billy is now more determined to protect Kyle.

Young and The Restless viewers know neither Phyllis nor Billy would make a formidable opponent. But with these two together, Tara is toast.

The Young And The Restless airs weekdays on CBS.

Come back often to  TVShowsace.com for Y&R news and updates.