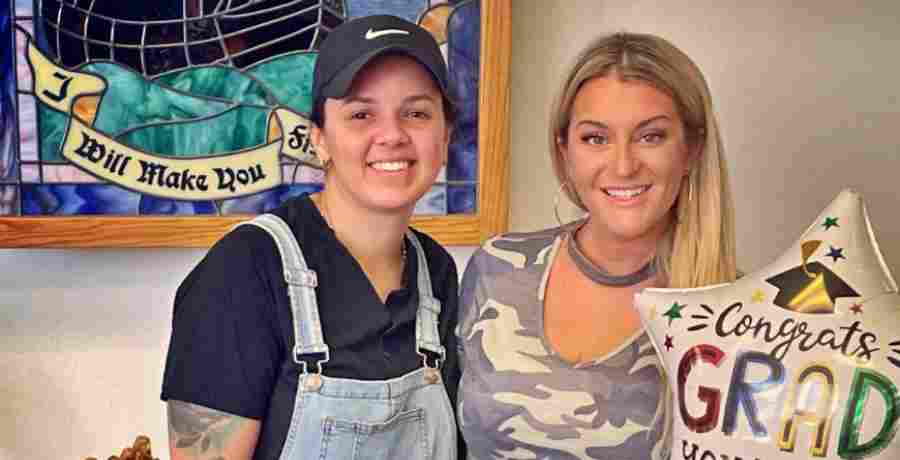 Fans are used to bizarre and strange relationship dynamics on You, Me & My Ex, but this one takes the cake. In a teaser clip for the next episode, posted to Instagram, TLC reality star, Jennifer made a bizarre announcement. First of all, she pointed out that they are “not like Sister Wives,” but what was said next really shocked fans.

You, Me & My Ex stars talk baby mamas

To recap the situation, Jennifer was originally married to Josh. Nowadays, he is married to Danielle, while Jennifer is now married to her lesbian wife, Chantel. In the teaser clip, that can be seen on Instagram here, we see Jennifer seated on a couch with her former husband, along with Chantel and Josh’s current wife.

What was surprising is that Josh introduced the women on the couch, referring to them as his “baby mamas.” When he pointed at his former wife, Jennifer, he called her baby mama No. 1. He then introduced his wife Danielle as baby mama No. 2. Josh then made the stunning announcement that he hopes that Chantel will be his baby mama No. 3. This instantly had fans wondering at the twisted and weird relationship between these people.

About Jennifer and Josh

As noted by Meaww, Jennifer and Josh were married for five years and have a son together, but eventually called it quits. Soon afterward, Jennifer found she was attracted to women and moved on with a new partner, co-worker Chantel. Josh also moved on and became involved with Danielle. A few months later, the couple found they were pregnant, so they married.

When Chantel saw Josh and Danielle expecting a child together, she decided she wants to have a baby with Jennifer. This led to Jennifer reaching out to her ex to ask him for sperm to impregnate her new wife Chantel. If this sounds a tad freaky, that is because it is, but we have come to expect shocks from TLC reality shows! From the clip, it looks like Josh has agreed, as he is now hoping for Chantel to be his baby mama No. 3.

Fans react to the teaser

Fans instantly hit the comments section on the teaser clip. One fan wrote that they wished they knew someone whose wife was impregnated with her ex-husband’s sperm. They added that this was something they were “honestly missing” from their life.

Another fan commented on the Sister Wives connection. They wrote, “They’re not sister wives but… her ex-husbands sperm is in HER NEW WIFE? WHAT?!” The fan added that they have to see this, “Now. Gimme gimme @TLC.”

Readers, let us know your thoughts on this strange and bizarre situation. Drop a comment below. Meanwhile, the next episode of You, Me & My Ex airs on TLC on Sunday at 10/9c.