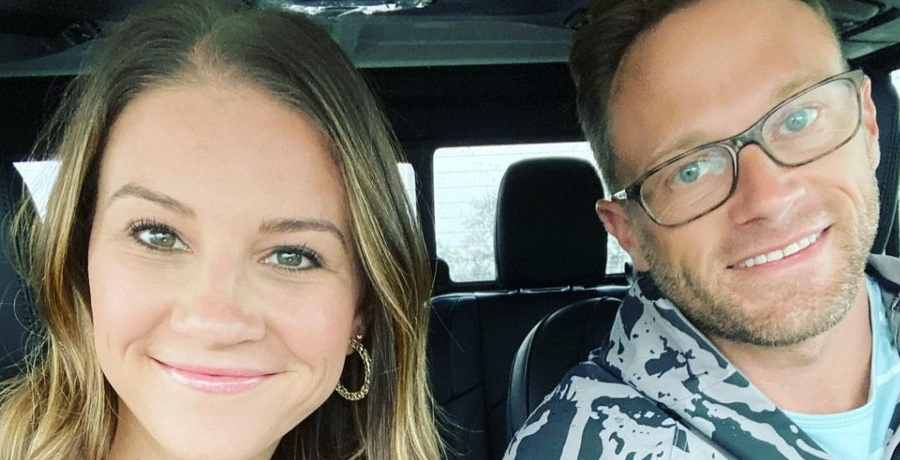 Is Danielle Busby a good wife or a selfish wife? Some fans wonder if she considers her husband Adam nearly as much as he considers her. As we previously reported, the TLC personality was BLASTED after revealing she went on a girls’ trip with some friends. Many OutDaughtered fans pointed out it hasn’t been that long since her last girls’ trip. Some further questioned if Adam Busby ever got to enjoy a guys’ trip while leaving Danielle with all six of the children.

Many OutDaughtered fans blasted Danielle Busby after her most recent Instagram post. They had a hard time wrapping their minds around why she needed a break. Moreover, some didn’t understand the logistics of how taking a break was even possible.

Did they have a nanny? Or, was she leaving all six children under Adam’s care? Many fans speculate Adam and Danielle must have a nanny of some sort to manage so many children. Especially when fans claim Danielle is constantly jetting off on girls’ trips.

What About Daddy? Fans Demand Answers

As you can see in the screenshot down below, fans are furious with Danielle Busby. One of the biggest complaints, however, is regarding her treatment of Adam. Some question if daddy gets to go on a guys’ trip for several days while she manages all of the girls by herself. Fans notice Adam never posts of a guys’ trip on Instagram. That, however, doesn’t mean he hasn’t ever taken one.

It is possible he just doesn’t post about it on Instagram. After all, her trips are always met with such backlash. Fans would probably drag Adam for leaving Danielle alone with all six girls if he were to post of a trip that allowed him to leave all the girls with her. 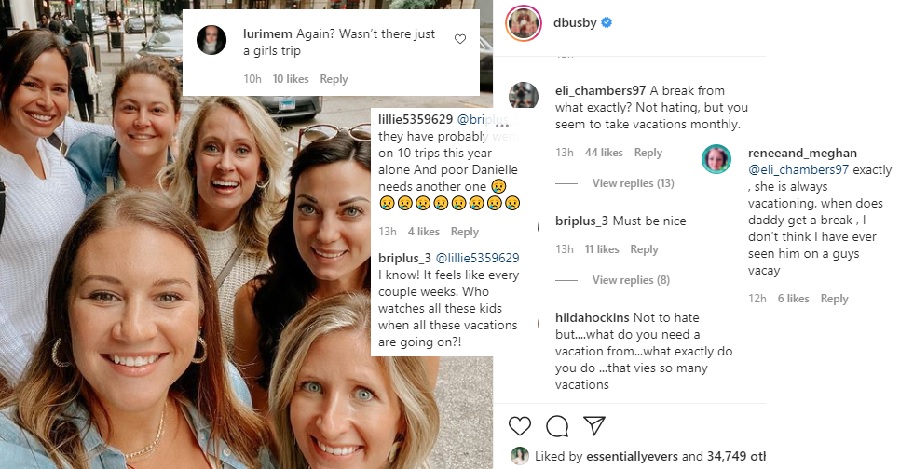 The possibility of Adam taking a guys’ trip before or spending time without the girls is pretty slim. After all, he likes to take photos and videos to document his children. He posts the content on his profile nearly daily. There are never any gaps in his postings to suggest time he spends without his children. In fact, the only time he posts without his children is when he is taking his wife Danielle out for a date night. So, some fans think the only alone time Adam gets from the children is during date nights with Danielle.

Is date night with Danielle the only time he gets breaks from the children? Does Danielle Busby take advantage of her husband? Share your thoughts with us in the comments. And, keep coming back for the latest on the Busby family.