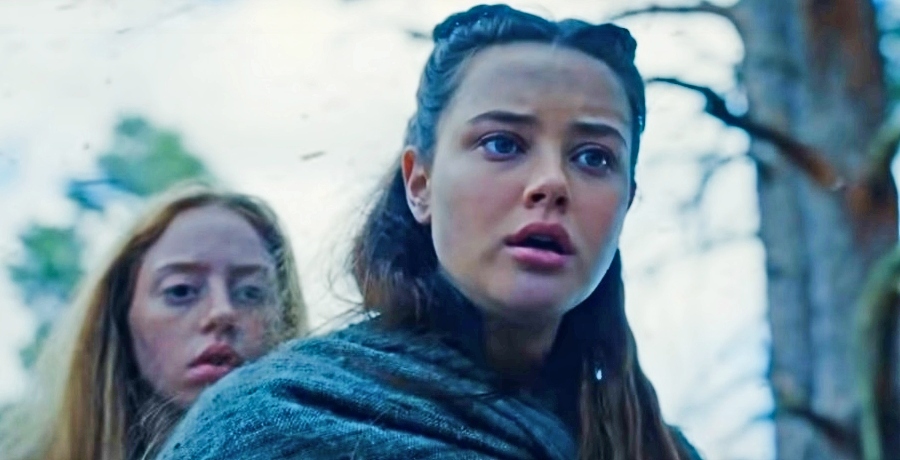 The fantasy series Cursed first debuted on Netflix in July 2020. Fantasy fans have been waiting for a year to find out if there would be a Season 2. The series stars 13 Reasons Why lead actress, Katherine Langford. Finally, the news is out that Netflix has canceled the series and there definitely won’t be a second season.

The Netflix Original fantasy series Cursed is based on the illustrated young adult novel of the same name by Tom Wheeler and Frank Miller. During Season 1, the evil Red Paladins destroy Nimue’s village. Her mother then tasks her to go to the wizard Merlin. With the fate of the kingdom in her hands, Nimue (Langford) must return the Sword of Power to the wizard. In the meantime, the Red Paladins seek to destroy all of Fae kind in the land. 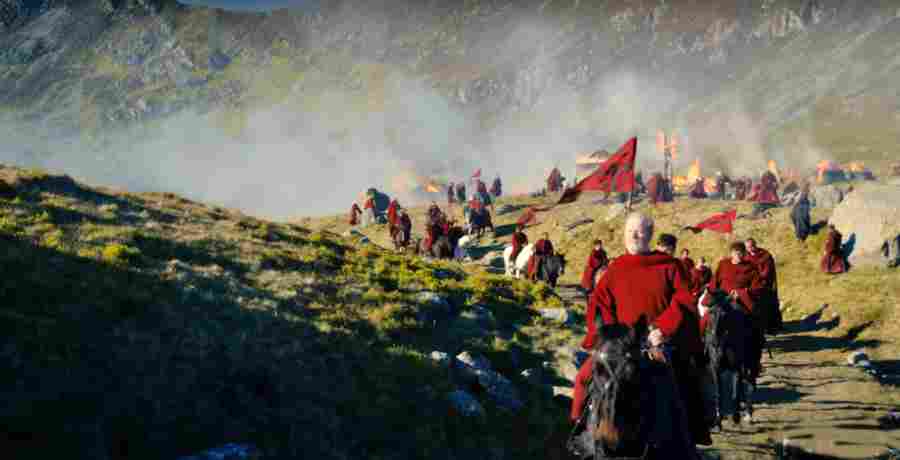 Will there be Cursed Season 2?

In April this year, it was reported that the series was unlikely to be renewed for a second season. At that time, various props from the series were spotted on eBay, which gave a hint that Curse was being canceled.

On July 9, 2021, Deadline reported that the series, based on a key character from the legend of King Arthur, has been quietly canceled. According to their report, the cast has been released to pursue other opportunities.

Season 1 was told through the eyes of Katherine Langford’s character Nimue. She is the character who would go on to become the fabled Lady of the Lake. Season 1 was released on July 17 and explored topical themes like the obliteration of the natural world. The series also covered themes of religious zeal and oppression and senseless war. It also featured characters finding the courage to lead in the face of the impossible.

After Season 1 aired, reviews for the fantasy series tended to be mixed. Meanwhile, fans never got to hear how well it did for Netflix as it didn’t release its stats. However, Cursed did spend around 3-4 weeks in the Netflix top 10 in the US and UK.

The cancellation of the series has left many questions unanswered. As fans know from Season 1, Iris has potentially dropped Nimue with a deadly blow. However, this wouldn’t be the end for her, as a further season would have seen her transition into the fabled Lady of the Lake.

However, while grieving Gawain’s death, Nimue did tap into the power of The Hidden again. This sent a magical shockwave through the Pendragon encampment. Meanwhile, Merlin, having spent many years without his magic, got to wield the Sword of Power again, while grieving the “death” of Nimue. Because of this, his magical powers returned to him.

Unfortunately, Merlin’s magical powers are unable to resurrect Cursed Season 2 on Netflix. Readers, please let us know your thoughts on the cancelation of the fantasy series. Drop us a comment below.

Matt Roloff Shuts Down Accusations Of Being Rich, What’s His Net Worth?
Anna Duggar Reportedly Stays With Josh At Guardians’ Home Most Nights
Todd Chrisley BLASTS Fans: How DARE They Question Savannah
Wait, Are Amelia And Delilah Hamlin Extreme Sisters?!
‘General Hospital’ Spoilers: Is A Maxie Recast On The Way?