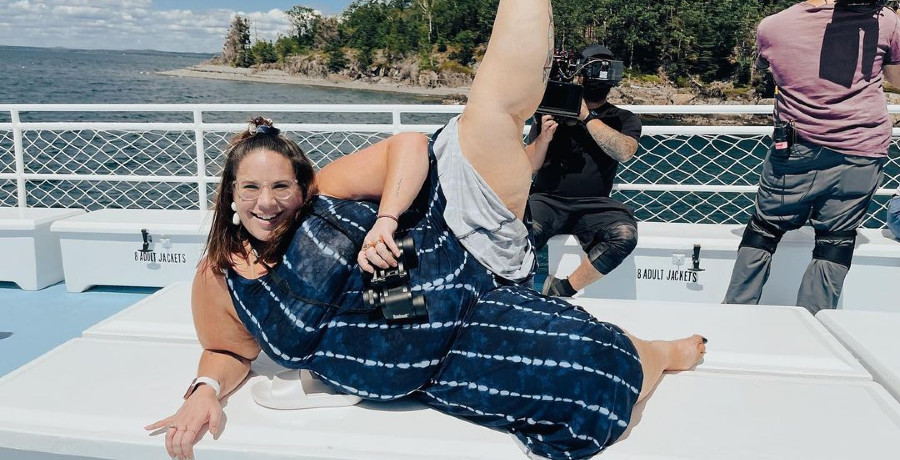 Whitney Way Thore’s summer is off to a sizzling start. She’s been posting pics geo-tagged to various locales in France. Does her ‘summer sabbatical’ include her rumored new man?

My Big Fat Fabulous Life Star Moving On From Ex?

Viewers of Whitney Way Thore’s TLC show saw her relationship with Chase Severino crumble before their very eyes. MBFFL fans were rooting for Whitney and Chase after their Season 7 engagement. However, things took a sour turn when Chase hooked up with his ex-girlfriend and got her pregnant.

Needless to say, the engagement was off after that. But Chase and Whitney filmed a tense confrontation scene for Season 8. Chase is rumored to be engaged to his baby mama.

After breaking up with Chase, Whitney considered trying out online dating again. And it may have worked out for her. Rumor has it that she is in a long-distance relationship with a French guy. The geo-tags on her recent Instagram posts reveal she’s in France, so maybe the distance isn’t so great, after all.

Earlier this week, Whitney Way Thore posted a photo geo-tagged Marseille, France. In the photo, Whitney stands alone in a pool, rocking a two-piece bathing suit. In the caption, she jokes that she is “much happier” than her face shows. She also used the cheers emoji to celebrate her “summer sabbatical.”

Screen Rant speculates that Whitney Way Thore may be in France on vacation with her rumored new beau. Their blossoming relationship is reportedly a big storyline in the upcoming Season 9 of My Big Fat Fabulous Life.

In another Instagram post, Whitney Way Thore reveals that she’s not alone in France. Some of her snapshots of the trip include two of her friends. In the comments to several of the photos, Whitney Way Thore’s fans compliment on her new lip fillers. It was a huge topic of debate on an earlier video. In fact, the initial responses caused Whitney Way Thore to make an entire post defending herself from haters.

But now her fans are loving her new look. One fan is even considering getting lip fillers after seeing how good they look on Whitney. Below are a few snapshots from Whitney Way Thore’s “summer sabbatical.” You can see more on her Instagram.

Don’t forget to mark your calendar for the return of her TLC show. My Big Fat Fabulous Life returns on Tuesday, August 17, 2021. Bookmark Tv Shows Ace for all the hottest news on your favorite stars.