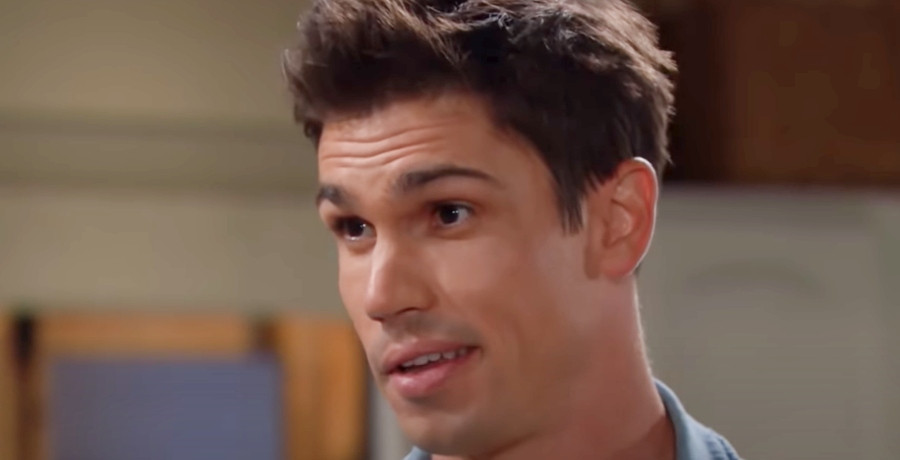 The B&B spoilers are heating up this summer. Will Steffy Forrester’s (Jacqueline Macinnes Wood) mom, Taylor Hayes (Hunter Tylo) return to see her grandson? Also, Dr. John “Finn” Finnegan’s (Tanner Novlan) parents will be coming to town as well. It’s going to be a family affair for this new little family.

As fans know, Steffy already gave birth to their son during a home birth. Fans have been looking forward to this moment since there have been so many sad storylines. They’re happy to see their favorite character get her happy ending. They also want to learn more about Finn, as some of them argued that he never got a backstory of his own. Until now.

The B&B spoilers for the week of July 19-23 reveal that Finn’s parents will finally visit the new parents. Ted King will play the role of Finn’s father, Jack, while Naomi Matsuda will play the role of his mother Li. This happy family reunion won’t be without its share of drama. There could be a clash between Steffy and Finn’s mother-in-law?

Will Finn defend his mom or protect his fiance? Is Steffy left to defend herself? Everyone knows how ruthless Taylor is when it comes to her children. That means Li may have to watch her back. Steffy may not know how to defend herself, but Taylor does not hold back. As fans recall, Taylor and Brooke Logan (Katherine Kelley Lang) have a feud that goes all the way back.

The two often feuded over Ridge Forrester (Thorsten Kaye). Taylor will likely become Steffy’s protector. Fans are looking forward to the return of Steffy’s mom since she always brings spitfire and entertainment to the show. No one else can do a feud quite as Taylor does.

Finn will finally have his own backstory

B&B fans are looking forward to learning more about Finn. They’ve wanted a backstory to him ever since he appeared on the CBS soap. Finn’s backstory could reveal some shocking secrets about him and his family. Some of those secrets could affect his relationship with Steffy.

Sadly, it doesn’t sound like Steffy will be getting her happy ending after all. Her mom could be paying a visit at just the right time. She can protect her daughter from heartbreak. It will take place during the “Bridge” celebration when Steffy is baffled.

Finn will do something that she finds puzzling. It could be related to the engagement ring that belongs to Finn’s mother. Or, it could be that he’s really adopted. Some think that maybe Finn’s parents are not doctors and were involved with the fashion industry.

Regardless, Finn will end up doing something that will reveal his backstory. Not only is Finn a hunk, but he also sounds good on paper. Apparently, his family is complicated, which could affect his relationship with Steffy.

What are your thoughts? Are you looking forward to the return of Taylor? Do you want to learn more about Finn? Sound off below in the comments.

The Bold and the Beautiful airs weekdays on CBS.