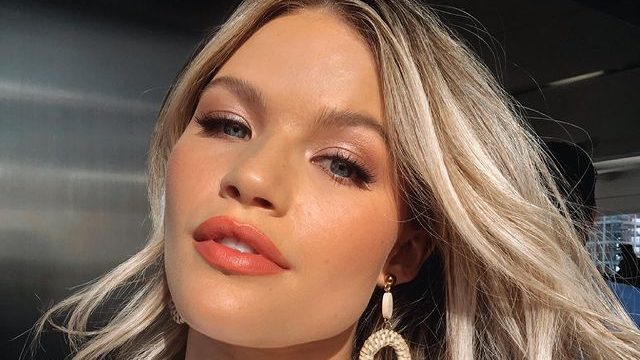 Dancing With The Stars fans really missed seeing Witney Carson compete on the ballroom floor during Season 29. She chose to sit out the competition last year due to her pregnancy and COVID-19 concerns. After enjoying the season at home, Witney gave birth to a healthy baby boy on January 3, 2021.

Witney frequently posts photos of her little boy on Instagram anyway but decided to share some really sweet 6-month photos. And it’s clear he takes after his mom.

“HAPPY 6 MONTHS MY BABY BOY 😍😍😍😍😭😭😭😭 I’m so lucky to be your mom. You light up my life in a way I never thought was possible. I love watching you grow and learn new things!! Bittersweet
✨,” the DWTS pro posted on her Instagram page. “Leo update: Starting to sit up on his own (hates it though and just wants to stand!), almost scooting, reaches for everything, loving solids (favorite is prunes), LOVES Mickey Mouse and his monkey stuffed animal, OBSESSED with Roxy our dog and is such a social little guy. We love you so much Leo boy!”

“Your twin!” commented one fan.

“A living doll – looks just like you,” said another.

Many other fans commented how adorable they think Leo is. Plenty of others commented on his thick blonde hair.

Do you think that Leo takes after Witney? Be sure to let us know in the comments! We’d love to know what you think about these sweet photos.

Leo McAllister is a chronic frowner in photos

Although Witney describes Leo as a happy baby in her posts, it’s been a little tough for the dancer and first-time mom to get smiling photos. We previously reported that Leo notoriously has a grumpy face in most of his photos, especially during one outing in the snow. Witney referred to Leo as her little “grumpy bear” that day.

However, it seems like he might be growing out of that. Fans can see Leo laughing and smiling in plenty of Witney’s more recent photos.

Is Season 30 on the table for Witney Carson?

ABC confirmed Dancing With The Stars will be back for Season 30 in September. The network won’t release a cast list any time soon, but Witney Carson really hopes she can be part of the new season. Even though she battled COVID-19 while pregnant, the dancer has been hard at work over the past several months. She’s really eager for a chance to compete again.

“That’s the goal,” Witney told Us Weekly when they asked if she wanted to go back. “That’s what I’m working toward. … So if anything changes, we’ll just go with it, but that is in our sights for right now.”

Are you hoping to see Witney Carson in the ballroom in September? Be sure to comment below!