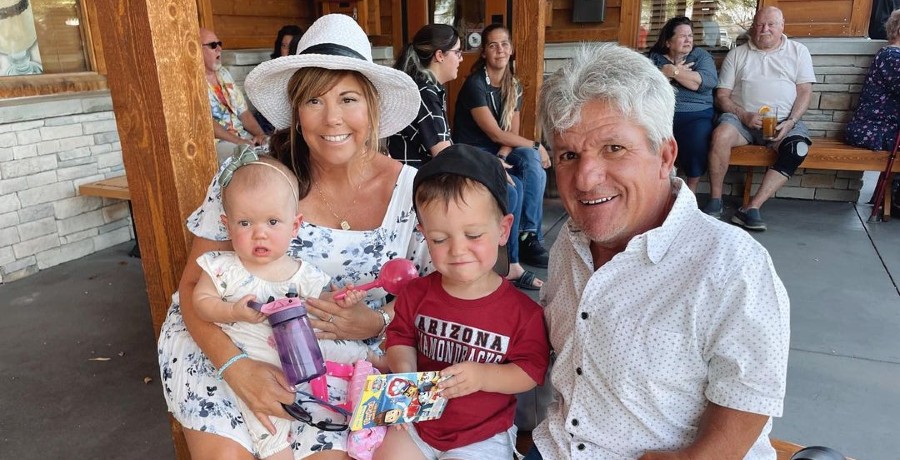 Tori and Zach Roloff are making the most of their summer. The LPBW stars packed up their kids and hit the lake. They were having so much fun that Caryn Chandler joked about being jealous. Why does she feel like she’s being replaced? Plus, fans question Amy Roloff’s alleged absence from her son’s life.

In mid-June, Tori Roloff was enjoying the last few days with just her daughter, Lilah, while Jackson finished up Pre-K. Once Jackson was out of school, the LPBW star took him on a solo adventure to Disneyland. Some fans wondered why Lilah didn’t go and Tori explained her reasoning.

The entire family reunited later for a summer trip to the local lake. Tori Roloff shared lots of snapshots from the family bonding time, including Lilah taking a nap in the most uncomfortable place. Those snaps were posted on Tori’s Instagram Story, which disappear after a few hours.

So, for the fans who missed the original photos, Tori shared them again on her main feed. In the caption, she wrote that they were all living their best lives. Not only did the photo feature Lilah and Jackson, but it also featured the family dog, Murphy.

It wasn’t an easy time, but fans of the Roloff family have finally accepted Caryn Chandler. For a long time, she was seen as the interloper in Matt and Amy Roloff’s marriage. After divorcing Amy, Matt went public with his romance with Caryn. However, Amy – and fans – suspect that Matt and Caryn were a thing long before the divorce.

To say there’s been tension is an understatement. However, they all try to get along, particularly for the grandchildren, including Audrey and Jeremy’s little one on the way.

But Tori’s latest post has Caryn wondering if she’s been replaced as the kids’ travel companion. She left a comment on Tori Roloff’s Instagram post about the family lake day. Caryn jokingly wrote that she thought she and Matt were Jackson and Lilah’s “fav travel buds.”

What did Amy Roloff have to say about all of this?

Amy Roloff has a lot going on this summer. The longtime reality TV star is planning a wedding to fiance Chris Marek. It seems the wedding planning is taking up the bulk of her time. She doesn’t seem to be spending as much time with her grandchildren as usual.

In fact, fans are starting to wonder: Where’s Amy Roloff?

But more often than not, you can find her in the comments section of her children’s (and their wives) Instagram posts. In response to Tori Roloff’s lake day post, Amy replied, “Looks like a memorable fun family time.” She also noted that she’s never been to Sunriver and should go sometime. With her grandkids or with her soon-to-be-husband, she didn’t specify.

Not surprisingly, Amy Roloff did not reply to Caryn’s comment. The two get along for the family, but will likely never be close. Matt Roloff recently spilled if he and Caryn will attend Amy’s wedding in late August.

Tune in to Little People, Big World on Tuesdays on TLC for more Roloffs. The season still has a lot of adventure and drama to come!

How Many Episodes Are In ‘When Calls The Heart’ Season 9?
‘Y&R Spoilers : Who Kidnapped Mariah Copeland And Where Is She?
CAT-astrophe? ABC Hired Audience Member To Kiss Connor On ‘MTA’
Audrey Roloff Reveals Why She Kept Her Pregnancy A Secret
‘The Bachelorette: Men Tell All’ Spoilers: Now Deleted Clip Reveals Katie’s Final Three