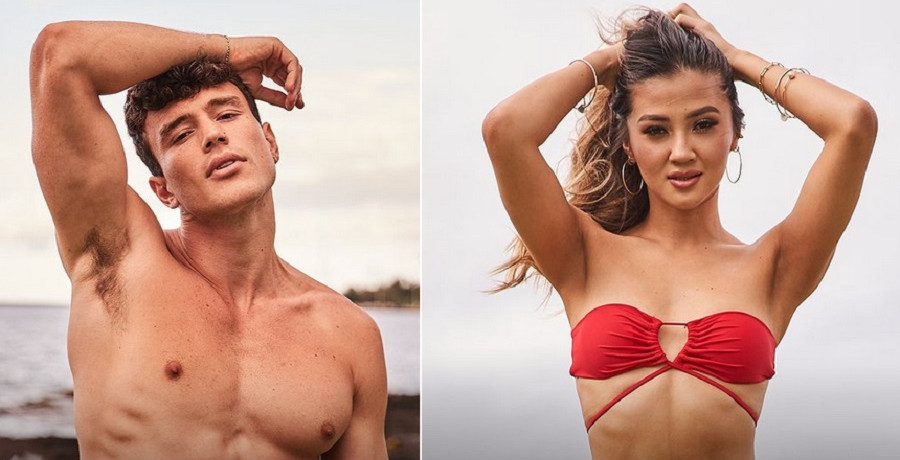 Love Island USA fans are closely watching this sizzling summer show. Season 3 kicked off this week with fireworks. Some of the islanders are already hitting it off. While some are unsure about their partners, others are claiming their stake. Two of those people are Kyra Lizama and Will Moncada.

The sexy Hawaiian and Colombian are already smitten with each other. The chemistry is obvious. It could be that the two already know each other. Fans have been snooping on social media. One of them found that Will commented on Kyra’s Instagram post back in June. The show is currently filming its third season.

Find out why fans think the two are “scamming” to win.

Do Will and Kyra know each other? Love Island USA fans seem to think so. In fact, they think the couple was already dating before they went on the show. The $100,000 grand prize sure sounds enticing, but is it enough to trick viewers into voting for them? Fans already digging into each of the contestant’s social media pages.

Some speculated that Melvin “Cinco” Holland Jr. already has a girlfriend. Now, they’re shifting their focus on Will and Kyra. They just coupled up in the villa on Thursday night. Kyra has already become a fan-favorite because of her bubbly personality and natural looks. They also fell in love with Will due to his sexy accent and cute dimples.

One fan noticed that Kyra and Will have already fallen for each other on Instagram. On June 18, he commented on one of her photos. He also liked several of her photos back in April. Did production overlook this detail during the vetting process? Are the two already dating?

“Not Will and Kyra scamming their way on the show,” the fan wrote on Twitter. As of Thursday night, the photo received over 680 likes and 114 retweets. Will has since deleted the comment from Kyra’s Instagram post after the fan exposed them. Now, fans aren’t sure what to believe about the show.

Love Island USA fans noticed that Kyra and Will seemed comfortable with one another. Their kissing even seemed familiar. The pair even had a conversation after Will spoke to Kyra’s partner Korey Gandy to reveal that he’s interested in her. This revelation had Korey shook and wondering about his future on the island.

Kyra and Will seem to be moving quickly. Maybe because they’re already acquainted with one another? However, the dating pool could be small. It’s possible that these beautiful people already follow each other on social media. Fans also noticed that Will also follows Shannon St. Claire and that Kyra also follows Javonny Vega.

Kyra and Will aren’t the only ones who are friendly with the islanders on Instagram. One fan on Reddit noticed that Christian Longnecker liked many of Kyra’s Instagram posts as well. Since Kyra is an Instagram model and influencer, it’s likely that she’s developing quite the following among men.

It wouldn’t be surprising if the casting producers chose this group of contestants from social media, which explains the overlap. Time will only tell if Kyra and Will already know each other, or if they’ve only been smitten with one another from afar. What’s interesting is that they don’t mention each other’s social media posts on the show. Love Island USA airs weeknights at 9 p.m. ET on CBS.

What are your thoughts? Do you think Will and Kyra are “scamming” the show? Sound off below in the comments.